Decriminalisation proposals will have far reaching consequences on women and their children, use this information to investigate for yourself.

For more information about the current proposals to change the abortion laws please read the proposal. To find out about the consequences use the links below.

Read about the proposal

Abortion up to birth

a. Abortion providers risking the health and safety of women

b. Health risks through home abortions

An extreme imposition on Northern Ireland

If, as suggested in the bill briefing, the OAPA is amended as outlined above, a woman would never face any criminal sanctions for ending the life of her child until the day that he or she is born.

Under the proposed bill self-abortion or ‘DIY abortion’ right up to birth, and using any means, would be legal for any woman.

Yet, for doctors, it will remain a criminal offence to perform an abortion after 24 weeks due to advancements in neonatal care which prove that children born from 23 weeks can survive and thrive outside the womb. Not considering the life of a viable child in-utero as being in need of some protection, is completely contrary to the opinion of the majority of English women, who believe that abortion should not extend beyond 24 weeks. In fact, most women feel that in the light of medical advancements, the limit should be reduced:

The country’s largest private abortion provider, the British Pregnancy Advisory Service (BPAS), which has helped to produce this bill and has been campaigning for abortion liberalisation for years, is very clear it seeks to remove any abortion limit. It’s Chief Executive, Ann Furedi, said at the launch of BPAS’ campaign to legalise abortion:

Given that BPAS launched this campaign to decriminalise abortion, care must be taken to ensure that political bias does not overrule the opinion of the majority of English women who want to see a reduction in the abortion time limit, not an extension.

a. Abortion providers risking the health and safety of women

The Abortion Act 1967 states that abortions must be carried out in a setting approved by the Secretary of State or within NHS hospitals.

At present, the Health Secretary is legally entitled to remove the licenses of clinics if they fail to warrant approval.

Abortion providers argue that there will continue to be regulation ensuring abortions are performed in line with professional guidance and only by qualified healthcare professionals. They say any service or individual involved in poor practice would face disciplinary and potentially criminal sanctions. However, the fact is that removing the legal framework surrounding abortion, by such amendments to OAPA, does remove the ability to enforce any meaningful legal action against abortion providers for placing the health and safety of women at risk.

The current standard of private abortion clinics in England, even where regulated by law and by the Care Quality Commission (CQC) should raise concerns regarding the regulation of abortion in Northern Ireland if abortion became legal there.

Evidence from the CQC proves that independent abortion provider Marie Stopes International (MSI) are not prioritising the health and safety of women:

The report said whilst there was impetus for improvement to enable the restart of suspended services, there was “less momentum once those services had recommenced.”

This failure of MSI was reflective of a systemic flouting of health and safety regulations by the abortion industry, which puts women at risk. It is therefore disappointing that the Royal Colleges, which should be giving guidance on best practice where patient safety is concerned, are intrinsically linked to the abortion providers. Consider the following links between BPAS’ Board of Trustees and The Royal Colleges:

President of the Royal College of Obstetricians and Gynaecologists (RCOG), Lesley Regan, an active promoter of the campaign to decriminalise abortion, compared abortion to the removal of a bunion.

b. Health risks through home abortions

The proposed bill is clear that it would be legal for a pregnant woman to take abortion pills at any stage, anywhere, to induce an abortion. The current law specifies that medical abortions must take place in an approved setting. Abortion lobbyists have long demanded that the home be approved as a setting for self-administered abortions. In August 2018 the Government caved in to pressure, allowing the second abortion pill to be taken at home.

This current bill would take one more step towards a complete de-medicalisation of the abortion process, which endeavours to make the abortion pill as readily available as contraceptive pills. Given the proposed bill would allow women to self-abort right up to birth, this raises huge concerns about women’s health and safety. It is dangerously close to returning to backstreet abortion.

Medical abortions can carry severe complications which are almost three times those from surgical procedures.

Women suffering complications from home abortions, especially teenagers secretly self-aborting at home, could be putting their lives at risk if they don’t receive urgent medical attention. Furthermore, experiencing a home abortion can be traumatising with no support guaranteed. The boyfriend of one girl shared his experience:

It is deeply concerning that this bill encourages home abortions.

Under the current law, abortions must be approved by two doctors, which provides a safeguarding opportunity to identify cases of sexual exploitation. However the proposal to allow women to legally self-abort, and not have to see a doctor, means women or girls can be coerced into aborting their child to hide their abuser’s crime. These cases would go completely unnoticed. Tragically even now opportunities are missed to protect vulnerable women and girls. For example:

The removal of the OAPA and the two doctor requirement would worsen this tragic situation where abusers use abortion as a tool to conceal and continue their sexual abuse.

Repealing sections 58 and 59 of the OAPA and/or the Infant Life (Preservation) Act calls into question the prosecution and conviction of anyone who would violate these laws. Consider three cases of abusers prosecuted under sections 58 and 59:

The above cases evidence the necessity of sections 58 and 59 of the OAPA in prosecuting and convicting abusers who attempt to force abortions on vulnerable pregnant women.

If abortion for any reason becomes legally permissible, there will be no legal necessity to record why women are having abortions, at what gestational age children are being aborted, and how many children are being aborted due to disability or sex.  Failure to record these statistics decreases the chance of detecting and preventing atrocities such as child grooming, forced abortions, late-term abortions, as well as ableist and sexist discrimination against children in utero.  Without statistics showing why women in crisis pregnancies have abortions, it will be increasingly difficult to know what kind of care and support to offer to women who are in similar circumstances but may not want to have an abortion.

Under the current legal framework, statistics show that in England and Wales:

Without records there would be no public accountability for abortions for any disability.

Concerns over sex-selective abortion have resulted in Labour MPs Naz Shah and Tan Dhesi calling for a ban on revealing the sex to parents. These concerns are not without good reason. In February 2012, The Telegraph published six articles along with an undercover film of three abortion clinics offering sex-selective abortions.

Without the OAPA, these abortions would become legal and potentially more frequent. Again, the bill allowing legal self-abortion, leaves women open to coercion by their partners and family members to abort on grounds of sex or disability.

If sections 58 and 59 are repealed, Northern Ireland’s law on abortion would undergo a drastic change: from legal abortion in hard cases to unrestricted abortion, potentially up to 28 weeks. This would fail to proportionally represent the thousands of Northern Irish citizens who believe that children in utero ought to be protected by the law.  Furthermore, in Northern Ireland, abortion law falls within the scope of criminal justice and policing, which is a devolved power transferred to the Northern Ireland Assembly in 2010.  Repealing sections 58 and 59 of the OAPA would undermine this devolution.

MP Karen Bradley, reaffirmed this in the House of Commons on September 5: 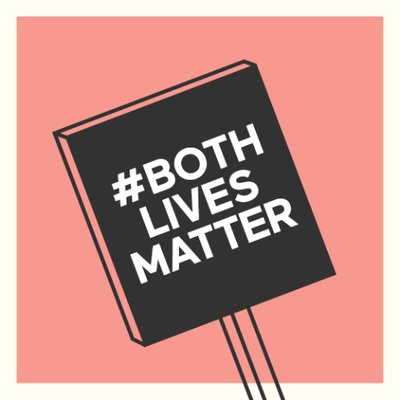 For more about Northern Ireland, please visit the #BothLivesMatter Campaign site, which Life NI is part of.

The current legal framework protects medical professionals who do not wish to participate in abortions. It is clear that conscientious objection is seen as a threat to abortion clinics:

BPAS is campaigning against the Conscientious Objection Bill, arguing that it will only help “a tiny number of people to hinder women seeking access to abortion.”

However, according to the RCOG, an increasing number of doctors are refusing to perform abortions.

Although the briefing states that conscientious objection in England and Wales will remain in place, it begins to undermine protection for doctors. It states that anybody will be allowed to conscientiously object to perform a ‘hands-on’ role in abortion provision. The key phrase here is ‘hands-on.’ This means that doctors and health professionals can be forced to participate in an abortion procedure by supervising the abortion, delegating tasks for an abortion and potentially providing abortion pills.

Abortion is unlike any other medical procedure and having received medical training on the development of the unborn baby, many health professionals consider the humanity of the life in the womb to be a reason to conscientiously object to doing abortions. Yet, without legal protection, health professionals could lose their jobs as happened in the case of the Scottish midwives who were expected to act against their conscience and participate in an abortion because it was not a “hands-on” role. This objection must be understood and respected.