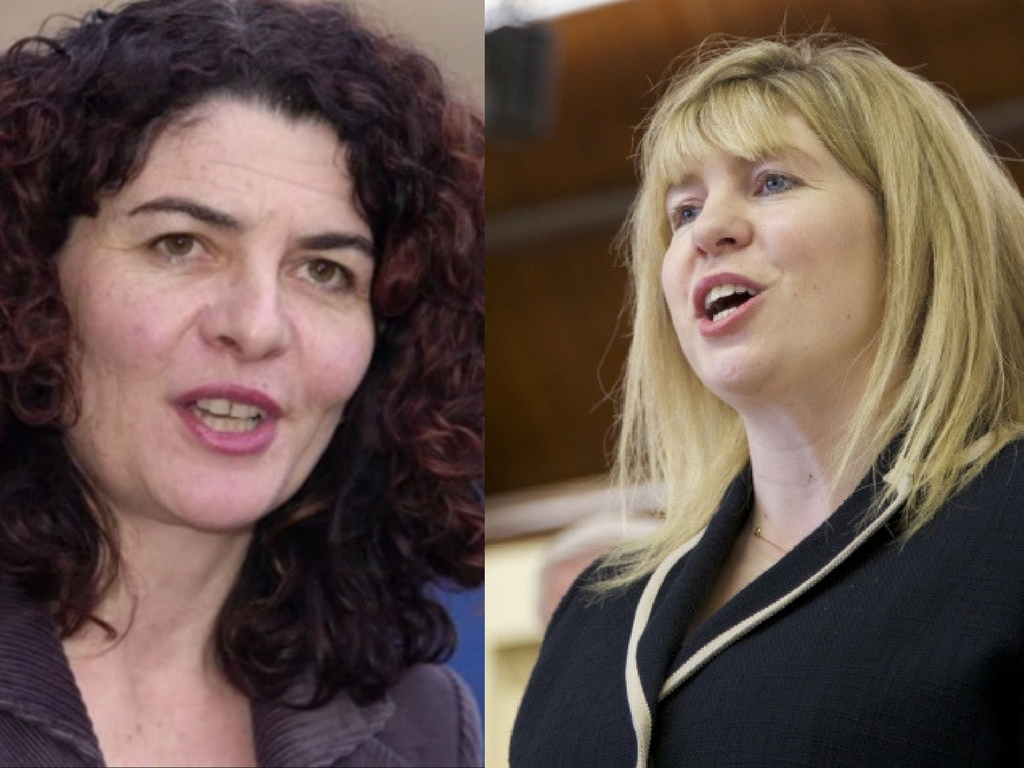 By now, most prolifers have seen the news that MPs voted 172-142 in favour of Diana Johnson’s Ten Minute Rule Bill to decriminalise abortion; we’ve written a Q & A blog to answer some of the queries you may have following the vote.

What is a Ten Minute Rule Bill?

A Ten Minute Rule Bill or Motion is a way that backbench MPs can bring a Private Member’s Bill before Parliament. The MP presenting the Bill is allowed to speak for 10 minutes to try and convince the House of the Bill’s merit. Another MP will then be given a further 10 minutes to oppose the Bill.

A voice vote is then immediately called by the Speaker (i.e. ‘aye’ or ‘nay’). If the house is divided (i.e. someone shouts ‘nay’, opposing the Bill), there will be a recorded vote.

Many Ten Minute Rule Bills are not opposed (either because they are uncontroversial, or not enough is known about the Bill’s content at that stage), and are therefore allowed to proceed to the next stage without any debate.

If a Ten Minute Rule motion wins the vote, it will be added to the register of parliamentary business to be debated at a later date – usually put at the bottom of the pile. At present, there are over 100 Bills before the House of Commons to be debated before the end of the parliamentary year, after which point, any Bills that have not become law will be thrown out.

Bills introduced as Ten Minute Rule motions very rarely progress further than their first reading due to their low priority or opposition from the Government.

In 2014, David Amess MP’s Ten Minute Rule Motion, Specialist Printing Equipment and Materials (Offences) Bill, which made a specific offence of knowingly supplying printing equipment for the production of fake or fraudulent identity documents, became law – partly due to its uncontroversial nature.

Why then introduce a Ten Minute Rule Bill?

Publicity. As you can see, a Ten Minute Rule Bill can quickly whip up a media storm and stimulate a public debate. It also acts as a testing ground to gauge the opinion of the house on a  particular issue, which may later be introduced in another Bill.

Fiona Bruce introduced a Ten Minute Rule Bill in November 2014, Abortion (Sex-Selection) Bill, which sought to bring in a Bill to clarify the law relating to abortion on the basis of sex-selection. The motion was approved by 181 votes to 1. This vote received significant coverage in the media and raised the profile of the cause to end gendercide at home and abroad.

So what did Diana Johnson’s Ten Minute Rule Bill propose to do?

It sought “that leave be given to bring in a Bill to regulate the termination of pregnancies by medical practitioners and to repeal certain criminal offences relating to such terminations; and for connected purposes”. [emphasis added]

What does ‘repeal certain criminal offences’ mean in real terms?

At this moment, it could mean a selection of things. We will have to wait until the Bill is published later this month to know exactly. But we do know there are two criminal offences relating to abortion, which Johnson could be referring to:

Johnson could therefore be proposing to remove one or both.

What does Section 58 and 59 of the Offences Against the Person Act do and what would happen if they were repealed?

Section 58 and 59 of the Offences Against the Person Act (OAPA) 1861 criminalises the unlawful administering and supply of drugs or instruments to procure an abortion, whether by the pregnant woman herself or by another person. The Abortion Act 1967 provides legal exceptions to sections 58 and 59, outlining circumstances in which an abortion can legally be performed.

If Section 58 and 59 were removed from the criminal law, the Abortion Act 1967 would become obsolete, meaning a woman could seek an abortion on any grounds whatsoever. Ann Furedi also noted this in her article yesterday: “If Sections 58 and 59 of the 1861 act were repealed, the 1967 act would also fall: without the crime of abortion on statute, there would be no need for the Abortion Act’s concessions.”

Therefore, there would also be no need to provide a legitimate reason for an abortion, no need for a two doctor requirement, and no need for an abortion to be carried out in a registered facility. E.g. a school nurse handing out abortion pills in between lessons could be legal.

However, at the age of viability (now understood as 24 weeks), the Infant Life (Preservation) Act 1929 would kick in, which makes it an offence to destroy an unborn child who is capable of being born alive.

Removing s58 and 59 would mean, therefore, abortion on demand, for any reason, with a de facto time limit of just before 6 months of pregnancy.

What would happen if Section 58 and 59 of the Offences Against the Person Act 1861 and the Infant Life (Preservation) Act 1929 were repealed?

This scenario would demonstrate the total decriminalisation of abortion, meaning there would be nothing in law to prohibit any type of abortion, carried out by anyone, for any reason, at any stage of pregnancy. This would bring Britain’s abortion practice in line with only three countries in the world: China, Vietnam and Canada.

This is the expressed goal of the abortion lobby. At BPAS’ launch of their campaign to ‘decriminalise’ abortion, CEO, Anne Furedi said: “I want to be very, very clear and blunt… there should be no legal upper limit”.

Therefore, if Johnson’s Bill was to become law, we are looking at a situation of abortion on demand, up to 24 weeks, or perhaps even to term.

Ok, that doesn’t sound great, but didn’t Diana Johnson say the terms of the Abortion Act could still be enforced, just by doctors rather than the police?

That may sound lovely to pro-choicers in theory, but given the swathes of scandals the abortion industry have been involved in as of late (all of which have taken place whilst the Abortion Act is still in operation), it seems highly unlikely that they will smarten up their behaviour and enforce the necessary safeguards having thrown the criminal law off their back.

Maria Caulfield MP made this very point in her speech:

“I am amazed that the Bill’s backers, including private abortion providers, have the gall to propose these changes, which would remove regulations at a time when the UK abortion industry is knee-deep in revelations of unethical, unsafe and unprofessional practices.

In recent years, we have seen doctors pre-signing bulk abortion forms and offering sex-selective abortions. We have seen live babies being left to die following abortions that have gone wrong. We have seen children aborted just for possessing minor disabilities such as a cleft palate or a club foot.

Last year, the Care Quality Commission had to step in to protect women from potential harm at Marie Stopes abortion facilities. The CQC’s subsequent report showed that women were left at risk of infection, staff were not trained in how to respond to deteriorating patients and post-surgery checks were completed before surgery had even started.

Only last week, another exposé of Marie Stopes International revealed that abortions were being approved on the basis of telephone calls as short as 22 seconds with medically untrained call centre workers. No wonder these abortion providers are calling for a Bill that would get rid of the regulations and safeguards in the Abortion Act.”

But Johnson also mentioned that in countries which decriminalised abortion, there were no changes in the abortion rate, is that true?

During her speech, Diana Johnson said “we know from countries that have already decriminalised, such as Canada and parts of Australia, that there is no evidence of an increase in late-term abortions.”

This is untrue. In Victoria, most late term abortions are conducted in private hospitals, however, abortion statistics are only kept on abortions which have been performed in public hospitals. Maria Caulfield mentioned in her speech that “in Victoria, Australia, [decriminalisation] has led to a reported 600% increase in late-term abortions in one hospital in just a two-year period.”

So the pro-abortion lobby’s myth that decriminalisation does not lead to more or later abortions is, quite frankly, a lie.

What can I do now?

Firstly, it would be useful to find out how your MP voted. You can find out here. We would then suggest either writing to them to thank them if they voted against Johnson’s motion, or to express your disappointment if they voted in favour of decriminalisation. If your MP was not present or abstained from the vote, you may wish to write to them to explain the issue and express the need for them to oppose the extreme agenda of the pro-abortion lobby if this Bill, or any similar Bill, comes before the House again.

You may also wish to write to Maria Caulfield MP (whose details can be found here) to express your gratitude for her brave and powerful speech in opposition to Diana Johnson’s Bill.

2 people are talking about Abortion ‘Decriminalisation’ Vote: Q & A