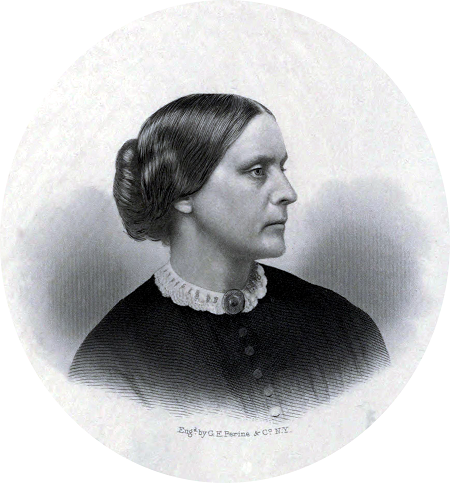 When Susan B. Anthony, a leading Suffragist, wrote the above words on abortion she made her opinion on the issue absolutely clear. I wonder how she would feel if she knew that an abortion provider is exploiting the early women’s rights movements to promote the pro-abortion agenda 150 years later.

BPAS recently launched their ‘We Trust Women’ campaign, which is pushing for decriminalisation of abortion in the United Kingdom. In their promotional video for the campaign the narrator tries to give the impression that the decriminalisation of abortion would be just another step on the way to equality for women. This assumption couldn’t be further from the truth and Suffragette leaders like Alice Paul made it very clear that ‘Abortion is the ultimate exploitation of women”.

As the journalist Stella Morabito reasons in her piece ‘Why Pro-Abortion Men are Anti-Women’, the biggest winners when abortion is accessible or legal are misogynistic men. Her article makes the point that abortion goes against every instinct in a woman’s nature and that it is men who get what they want: commitment-free sex with no strings attached. If the woman becomes pregnant, she can get an abortion and he can forget that it ever happened – while she is left with the emotional consequences. Morabito’s article goes hand in hand with the statistic from the Medical Science Monitor that 64% of women who have abortions are pressured or coerced into the procedure. In addition, we can see just a fraction of the accounts of the women who have been forced into having an abortion in the UK on this online forum NetMums. It’s no wonder, as Morabito points out, that Hugh Hefner has always been one of abortion’s biggest proponents.

BPAS justify what they do and campaign for by dismissing the child in the womb as simply an appendage to the woman’s body. He or she is a separate entity, with his/her own unique DNA, most certainly alive and displaying all the characteristics of life. So how can an unborn child, which is clearly a human life, be viewed as something akin to a parasite, which may be removed at any point for any reason?

The extremist stance of BPAS is that abortions should be allowed for any reason at any point until birth. Other pro-abortion advocates argue that although the fetus before viability may be human, it cannot survive independently of the mother so it should not be accorded the same value as a born human. However, dependence or independence should not be factors in deciding whether a human being should live or die. A new-born baby will die if left on his or her own; a very elderly parent may die if we leave them alone. Does that give us the right to walk away? Of course, a pregnant woman sustains her child in her body, but that does not mean that her child is her body. When we find ourselves with the responsibility of caring for and nourishing another human being it cannot be said that we have a right to end the life of that dependent human being.

The BPAS campaign, if we look at it honestly, amounts to straw man propaganda. By naming their new campaign ‘We trust Women’, they are implying that those who are against abortion do not trust women. The truth is that we are women. Contrary to what pro-abortion advocates would have us believe, women make up the majority of those who are pro-life and women who have been through the horror of abortion in the past are included in our number.

The abortion industry is out of control. We are now aborting more than 1 in 5 of our unborn children and still BPAS is not satisfied. True equality for women will not be gained by the decriminalisation of abortion. The real next step for equality is to ensure that every pregnant woman has the help and support she needs in order to have her child. We must increase support for women, even in the most complicated of situations, because the ‘choice’ to end the life of her unborn child is one which no woman should be faced with.