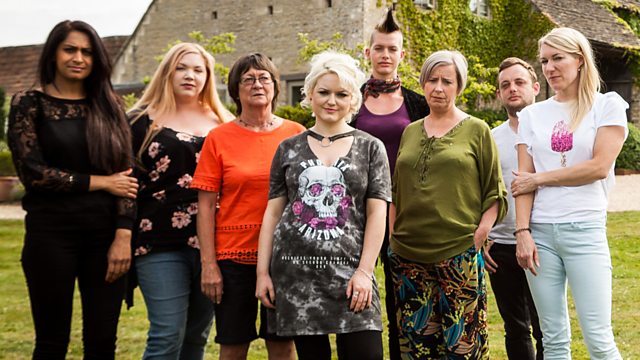 Life's submission to the BBC following the airing of 'Abortion on Trial' on 16th October 2017.

I wish to complain about the incredibly biased programme aired on BBC 2 last night titled “Abortion on Trial” and request that it be removed from the BBC Iplayer and not be rebroadcast.
Promoted as a balanced programme with its presenter Anne Robinson saying it would be guided by “honesty and candour”, the programme when aired, was anything but balanced or objective in both its composition and content.

Composition of the Programme

The programme featured nine interviewees. Of these only one was prolife. Another interviewee, who held some pro-life views, was also featured, but he was heavily criticised by the other seven to the point where one simply dismissed him as a “nice lad with crap ideas”.

The presenter of the programme Anne Robinson also did not hide the fact that she was pro-abortion. At one point referring to abortion still being illegal, she asked the architect of the abortion act, Lord Steel, “that can’t be right can it?”

Effectively what ensued was an hour long advocacy of abortion and easier access to it, from a group of nine, including Anne Robinson. The two interviewees with pro-life views came under consistent attack for their views.

To drive the abortion agenda even further, a number of guests were invited to help present a favourable a case for abortion. Lord Steel and Dianne Mundy were both called to describe their fight for abortion rights in the 1960s and were applauded for their efforts by the programme’s pro-abortion panel.

No one who fought against the legalisation of abortion was featured.

A professor was called who dismissed the idea of the unborn child feeling pain by declaring that we could only say the baby was feeling pain if it was able to speak and say it was. A logical extension of her argument would have been that it was doubtful that newborn babies could feel pain because they couldn’t tell us they did. But then we could not have hoped for Anne Robinson to ask anything along that line.

There has been much research proving fetal pain. It is out of the recognition that the fetus does feel pain, that currently babies operated on, in-utero, are now administered an analgesic before surgery. If the topic of fetal pain was going to be properly discussed why wasn’t anyone brought on the programme to present the evidence on fetal pain?

The issue of depression and the psychological impact of abortion was not properly discussed. One woman told of being “haunted by abortion”. Yet the programme made no attempt to understand why this was the case. Even Anne Robinson made no attempt to explain why she felt “ashamed” 5o years after her abortion. When the token man on the panel suggested that women who have repeated abortions may actually need psychological support he was heavily criticised with one of the panellists storming off .

Life has spent over four decades counselling women in crisis pregnancy. It is a fact that there are sometimes mental health issues which need to be addressed for women undergoing repeated abortions. Simply offering them abortion after abortion does nothing to resolve these issues. Why did the programme simply dismiss this aspect of the abortion debate and not interview anyone who has counselled women in crisis pregnancy?

To further advance her case for abortion Anne Robinson, then plucked the figure of of 80,000 back street abortions being done before abortion became legal in 1967. Where did she get this figure from? Data on abortions when they were illegal was not collected, so how did Anne Robinson arrive at this figure? Is the BBC now in the business of making up statistics in order to promote certain causes?

Oddly enough, the programme went from justifying the legalisation of abortion because of backstreet abortions, to then advocating DIY abortions at home. Having abortions at home exposes women to physical and mental risks, not least of which is acute haemorrhaging and having to deal with disposal of the tiny unborn child after the abortion. Two of the participants on the programme spoke of how disturbed they were by what they had seen after the abortion. Of course, we could not have expected the programme to show the similarity between this and back street abortions. In fact Anne Robinson ends her one hour gift for the abortion industry by promoting DIY abortions saying it couldn’t be right that women are not allowed to do this at home.

The BBC is supposed to be an objective institution observing the highest standards of journalism. This programme conflicts with that ethos. It did not examine the abortion issue as the title suggests. It was simply a programme of advocacy for easier and greater access to abortion which exploits the emotional experiences of a group of women to achieve its objective. It is devoid of any attempt at proper investigative journalism. Coming at a time when the multi-million-pound abortion industry is lobbying at all levels for abortion on demand, this would appear to be the BBC’s contribution to that campaign. As a taxpayer funded entity, we expect the BBC to observe the principle of fairness and objectivity in its coverage of controversial issues. We ask that it does not do a repeat broadcast of this programme and to remove it from the BBC iPlayer.

12 people are talking about BBC Complaint: Abortion on Trial