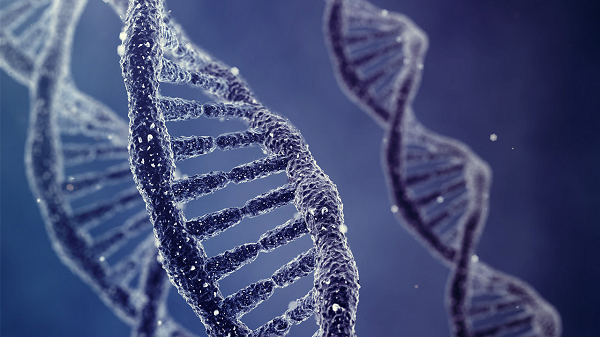 So now our legislators have sanctioned germline genetic modification. Who could blame them? Certainly not me. After all, they’ve been duped. About what? Just about everything. How did that happen? Well, maybe a bit of history might help. After all we are supposed to learn lessons from history, are we not?

Remember those human-animal hybrids? Their creation for research was permitted under the Human Fertilisation and Embryology Act 2008. What a hoo-hah there was at the time. First the Government proposed to ban it (at least pro tem). Then a group of scientists and their influential friends kicked up.

The Commons Science and Technology Committee (STC) conducted an Inquiry and concluded that such research was ‘necessary’ and should be permitted. The Government and Parliament agreed and the Human Fertilisation and Embryology Authority (HFEA) licensed it, although not in that order: the first hybrids were created before the crucial Commons debate to a blaze of publicity and our then Prime Minister pitched in by declaring, that such research was “An inherently moral endeavour” which could “Save and improve the lives of thousands and, over time, millions of people.”.

Curious, then, that after the Act was passed, the HFEA licence-holders were denied further funding. Outrage! How dare these funders let their ethical scruples interfere with this ground-breaking research! Oh, except it turned out (for one applicant at least) the funding body was ‘very critical of the proposed science plan’ and ‘did not suggest he re-apply’. Note here that the HFEA was willing to licence as ‘necessary or desirable’ a science plan of which the funding body was ‘very critical’.

What happened after that? Not a lot, apparently: as of October 2010 all three licences issued had either expired or been revoked.

So, how did it happen? The media largely relied on the Science Media Centre (SMC) for its science briefings and, contrary to its remit, it was clearly partisan. The STC paid scant regard to the scientific evidence submitted to it. Instead it accepted a putative political consensus among selected scientists that such research should not be banned as justification for deeming it ‘necessary’. The HFEA was more subtle but was found to have shown “a clear policy preference“ in support of hybrid research in its conduct of its public consultation.

It fell to me to research how accurately the science was reported in the press (for a Masters dissertation). Were the public misled? Very much so. How did it happen? Observation of the nature and sources of press information suggests that organisations and individuals who might have been expected to facilitate informed debate instead acted as advocates for hybrid research.

So what was it really about? As Mark Henderson, then science editor of the Times, put it in June 20091:

“It mattered not so much because it cleared the way for experiments that might prove useful in understanding and treating diseases such as Parkinson’s and diabetes, but because of the messages it sent about the right way to regulate controversial science. … It confirms the value placed on free scientific inquiry in Britain, where regulation rather than prohibition is deemed the proper approach to ethically contentious research.”

So, it seems, this was not ‘so much’ about curing Parkinson’s but about establishing that Parliament should not stand in the way of anything scientists wish to do. No ethical constraint then: as long as the regulator finds it is ‘necessary’ or ‘desirable’ for an approved purpose that’s OK. Can’t recall that being flagged up at the time.

Henderson is now Head of Communications at the Wellcome Trust, which part-funds the Nuffield Council on Bioethics (NCB), the Science Media Centre and the ‘mitochondrial replacement’ research at Newcastle University.
Now, getting back to ‘mitochondrial replacement, three types of inquiry were commissioned to inform the debate; on the ethics (NCB), the science (STC and HFEA) and on public attitudes (HFEA). Between them, according to a Parliamentary briefing note, they concluded that it was both ethical (really?) and enjoys public support (really?) as long as safe and that there is no evidence that it is unsafe (really?).

Let’s just assume all concerned were sincerely-motivated. Nevertheless, observation of both processes suggests little has changed. This raises concerns that an established culture among, and interconnections between, key opinion-formers and influential stakeholders is compromising the public interest by failing to adequately inform public debate or to take seriously wider public concerns. Healthy, open, respectful and fully informed debate is vital to the public interest generally but particularly where there is a tension between what is proposed and prior ethical norms.

Yes, our legislators were duped, not least by the commissioned inquiries which informed their Parliamentary briefings. But it is their responsibility to ensure they are not duped. So maybe they should dig a little deeper next time.

Pauline has been around ‘life issues’ in different capacities for close on 25 years: Mostly ‘freelance’, ‘grass roots’ and at the ‘political’ end of the spectrum. But she also helped to set up a Life House. She has a Masters in Bioethics from St Mary’s in Twickenham.