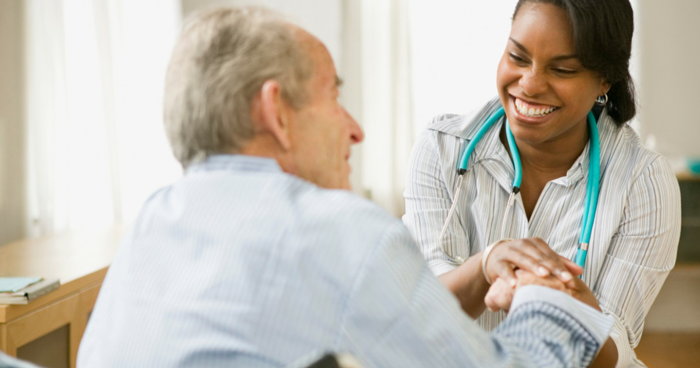 The results reinforce findings of similar, previous studies and they uniformly recognise that improvement is needed in EOLC. The BMA was disappointed that changes have not been made quickly enough to address problems, clearly expressing that the NHS has not made EOLC the priority it deserves.

At Life we believe EOLC to be paramount in respecting and recognising the inherent dignity of every human being. For this reason we reject physician-assisted dying believing the correct response to the inevitability of death is our absolute best at loving encouragement, care and compassion. We are heartened and encourage the BMA in rejecting physician-assisted dying, as only by doing so will EOLC improve. If you’re doubtful of this, just take a look at Netherlands, which is devoid of trained specialists in palliative care as a result of legalised euthanasia.

Regardless of your view on this issue, let us at least agree that before physician-assisted dying is even contemplated; we must ensure we have exquisite services for those who don’t want to be helped to die, but cared for while they live. Improving EOLC must be our priority.

The UK has always boasted an expertise and pride in EOLC, however it seems that despite having some superb palliative care specialists, they only make up a small percentage of the doctors who actually deal with patients at the end of their lives. In fact established doctors, alongside junior  doctors, felt under-confident; that their training and exposure to EOLC did not leave them well enough equipped to care for patients with confident, informed compassion. However they feel things are already improving and more training is clearly desired by doctors, not as a one off occurrence but ongoing and providing continual support.

Below is the neat illustration by the BMA of the strengths and weaknesses of the current EOLC provided by the NHS.

Firstly, a vital issue to address is seen top left: when doctors see EOLC as a failure. As a doctor who – day in, day out – strives to ensure people live in health, how hard must it be to accept the inevitability of death without feeling you’ve failed the patient. Yet dying is the one certainty of all lives.

The BMA calls for improvements in recognising when a patient may be dying, as well as increased support for doctors. One area where both clinical and moral training is essential is in the salient distinction between providing care until death and keeping someone alive when they are clearly dying. Given, regrettably, EOLC may be tinged with a sense of failure, the findings of the BMA follow logically; it reported reluctance by many doctors to accept that providing or continuing treatment may not be in the patient’s best interest. A holistic understanding is necessary, perhaps to realise aggressive treatment may not be appropriate, nor hospital admission. Our duty is not to drag out life for as long as possible but to relieve pain and care for patients until death.

Clearly expert clinical training must be in place to make these decisions. Far worse than prolonging life, would be denying a patient’s essential treatment. On a personal note I was horrified and deeply moved last weekend hearing Bobby Schindler’s testimony of the tragedy of his sister Terri’s case; who starved to death over 13 days because her food and water tube was removed, despite the fact that she was not dying. An extreme case, and yet it highlights the absolute necessity of ensuring clinical decisions are ethical and in the best interests of the patient. Another example of abuses in EOLC was sadly seen in the Liverpool Care Pathway; much blame here came down to insufficient training.

At Life we urge the government to improve EOLC, primarily by financially supporting our hospice and EOLC services. The BMA mentions realistic steps to improvements are very limited due to insufficient funding. Very sadly we know the truth of the sentiment expressed by Dr Ross Taylor; that there is little or no support from the government for hospice charities. According to Hospice UK, on average, our hospices receive less than a third of their running costs from government funds. Great success can be seen in the areas where the government is giving a huge amount of support, notably in cancer care such as MacMillan nursing. This success should be extended to all areas. Clearly with hospices being mainly sustained by the general public, it is an essential care service we know should be supported and improved.

However, what we are seeing is inadequacy in: out of hours care; 24/7 community care; hospice and district nurse availability; community pain management and direct access to hospitals. At its core is a lack of finance to create, support and develop the infrastructure needed. We urge the government to address this.

Exceptional EOLC provides us with a life affirming and powerful alternative to euthanasia. Life applauds the words and vision of Dame Cicely Saunders; “you matter until the last moment of your life, and we will do all we can, not only to help you die peacefully, but to live until you die.” Life set up its daughter charity Zoe’s Places to provide palliative and hospice care for children under five. You can read more about Zoe’s Place and the essential work it does in the blog below by James. Please continue your support for hospices.