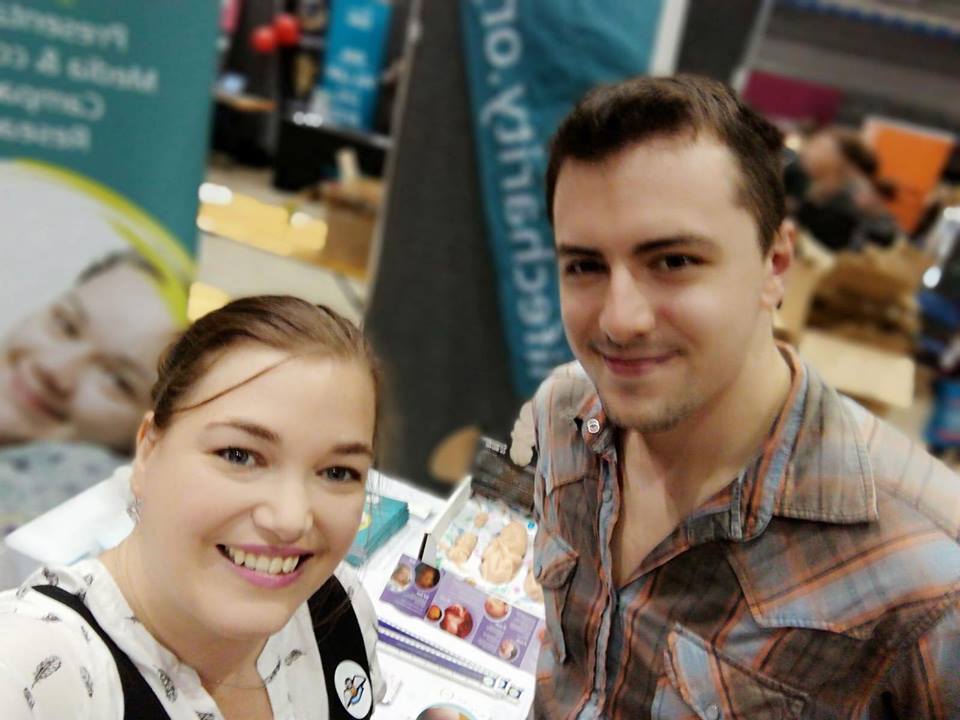 I’ve been educating on prolife issues for over 13 years and I have to say that I have never felt so vilified or hated because I hold a life-affirming principle. During this time, I’ve personally spoken to over 78,000 students and I’ve always thoroughly enjoyed the debate that can result from our school visits. Our team are always mindful about the fact that others may hold a different opinion, but we’re always grateful for the opportunity to share our points of view – especially since the media seems to be doing a terrible job of doing it for us. However, whilst we’ve regularly had feedback that asks for more information from the pro-choice side, what’s changed recently is that some pupils are starting to believe that we shouldn’t be in schools unless we provide a completely neutral viewpoint. I genuinely think that we’re moving towards a society that will view us as being ‘dangerous’ for holding a prolife point of view.

It has been particularly tough to be a prolifer over the last few years. After seeing the Isle of Man become pro-abortion in 2018, quickly followed by the Republic of Ireland; it was heartbreaking to see Northern Ireland fall at the end of October – without even being given a voice to decide for themselves. Twenty thousand people from NI came out to protest this happening and MLAs were bombarded with postcards asking them to reform the government. We know that 100,000 people are living in NI today who wouldn’t be here if they’d had the 1967 abortion act and yet despite all of this, unregulated abortion up to 28 weeks is now a reality in Northern Ireland.

I was further dismayed (if that was even possible) the following week when a school in Belfast, hit the headlines for putting up a prolife display on the Christian Union board. For those who didn’t see it, the board was blacked out and had the words ‘#darkestday’ written on it. This was something many prolifers had put on their social media page to show their disappointment and upset that abortion had come to Northern Ireland. The school, having received a letter originating from a group of former students who now work for ‘Abortion Rights’ proceeded to say:

Yes, I’m afraid I do think a ‘genuine mistake’ has been made here, but it wasn’t the fault of the teacher who put up the display. For a school which says: “Our ethos is for all pupils to feel safe, valued and respected, regardless of age, sexuality, political views or religious belief,” I ask… just how safe do you think prolife students at your school feel now? How safe do you think that member of staff feels? Surely, the fair response would have been to set up a board on the opposite side of the corridor that projected a pro-choice point of view? Everyone deserves the right to their own opinion and yet it seems the mantra today is ‘I respect the right for you to have your own opinion, as long as it’s the same as mine!’

In recent years we have had mixed responses to applications to attend university freshers fairs. There are some which welcome us with open arms, others that allow us to book, as long as certain conditions are met and many more who refuse to allow us to be there because they are now a ‘pro-choice’ University. How on earth is anyone expected to form a fully rounded opinion, if they’re only exposed to one side of the debate. Real choice involves knowing all the choices, not just the one that is most popular. Surely a genuine pro-choice stance would involve allowing Life to be at the Fresher’s Fairs as well as allowing a pro-choice organisation to do the same? However, it seems that some students these days aren’t interested in freedom of expression as polling from Policy Exchange found 41 per cent thought Cambridge was right to withdraw a fellowship from best-selling conservative Canadian psychologist Jordan Peterson, who among many things is a prolife speaker. Only 31 per cent supported him. Also, more than one in four students think the Commons leader Jacob Rees-Mogg should be banned from speaking on campuses, simply because they object to his socially conservative politics.

My former University has recently adopted a pro-choice stance and I couldn’t be more disappointed, though I’m sadly not surprised. The only time Life was allowed to visit their Fresher’s Fair, we were harassed by the Student Union, separated for discussions for a significant period of time, verbally abused by a member of the feminist society and made to feel like the worst type of person. My colleague and I had never felt so devastated and hated by an institution that should be there to open student’s minds, not to close them. Let’s not forget that Life also offer valuable services that could be of use for many of their students though this fact seemed to be irrelevant to the SU.

My job is full of highs and lows and at times, it can feel like a roller coaster ride. I’m used to defending the prolife position and I’m used to having people disagree with me. I’m not used to feeling scared while doing my job and yet that’s where it’s headed. I’m lucky to have a fantastic team of 6 who perform their job exceptionally around the U.K. but I have to admit that I’ve never worried more for them given the way the abortion agenda is pushing its way through every obstacle. I’m scared for any student who holds a prolife opinion and can’t express it. I’m scared for women who may be affected by abortion and don’t feel able to state it because that goes against the idea that ‘abortion is a good thing’. I’m devastated for our children who won’t be born because people aren’t aware that alternatives to abortion exist and I have never been more scared for my niece, who has a walking disability, and how society will perceive her needs in the future.

Given that tomorrow is the ‘International Day for Tolerance’ I would like to send out a request; that people not fear opinions that are different to their own and that we engage in debate respectfully and sensitively. My colleagues and I are always mindful to the fact that people we speak to may have experienced things in the past that have made them sensitive to these topics. Why doesn’t everyone else realise that prolifers may also have experiences of their own which have led them to their prolife opinions? It is these experiences that at times like this, will always give us the courage and strength to carry on. We will never back down from this debate and we will do all we can to support women and their unborn children.