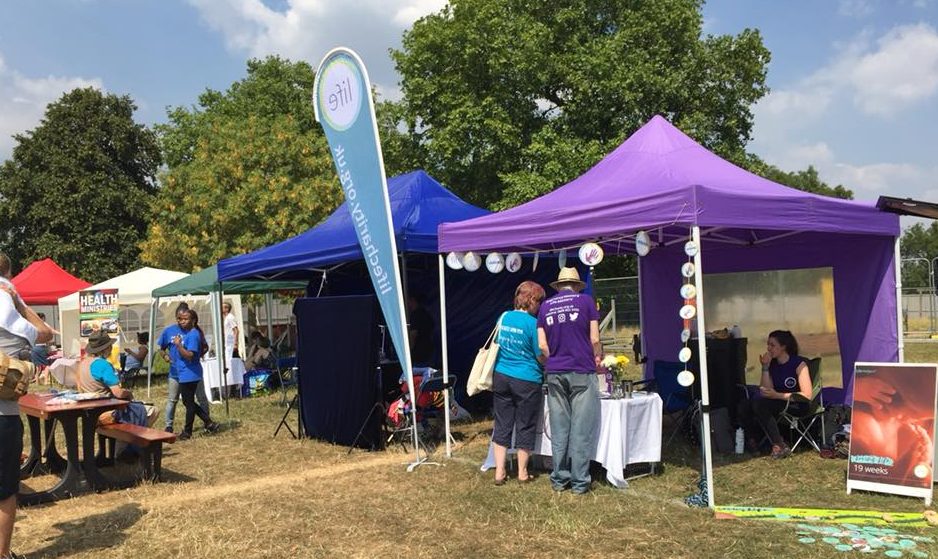 Life is seeking legal advice following the authoritarian and discriminatory removal of the charity’s exhibits at the Lambeth Country show yesterday.

Life applied to the show in January with full disclosure as to who we are as a charity. Following what we can only assume was their due diligence our application was approved in April. We provided the show organisers with information about the stall, pictures of similar exhibits we ran in different locations in London last year and a link to our charity website. Our objectives at the show were to educate people about the awe and wonder of life before birth and to promote our counselling, housing and practical support services to vulnerable women in crisis.

On Saturday we had a successful day with many positive responses. However as the evening progressed, a few people became aggressively vocal about our stall and challenged us on our prolife position. Life absolutely respects everyone’s right to their own opinion and we ensure staff and volunteers are kind, compassionate and considerate at all times. We were reassured by the Show that our staff and volunteers were noted by security as being friendly, open and calm.

On arrival Sunday morning, we found our marquee and all of our possessions taken down and completely removed from Life’s pitch. A member of staff said we had to leave the site as soon as possible. Despite having our contact details we were not consulted prior to the organisers taking this action. The organisers told us the decision had not been made by them but by Lambeth Council. They would not give us an exact reason for the action but did say that Life was against the values of Lambeth Council and was not in line with the causes the council has been funding and supporting. However they were then unable to tell us what those values were.

Since then Lambeth Councillor, Ed Davie has posted on Twitter that Life “wasn’t officially allowed. They were not on the approved list of exhibitors, we tried to get them removed and will make sure not there today.”  This is a complete fabrication as we are able to provide confirmation of our official booking, payment and presence on the exhibitor list.

Life’s Director of Education Anne Scanlan said “Nothing on our stall was offensive. There were life-like fetal models and pictures of the unborn baby at different gestational stages which can be seen on any pregnancy website including the NHS. At a time when there is a clamour for free speech and allowing dissenting voices to be heard, we have a local council aggressively shutting down the voice of prolifers trying to reach out to vulnerable women in crisis and educating people about life in the womb. It is now routine and apparently acceptable, for anyone who dares to express any view that is not pro-abortion, to risk coming under vociferous and sustained attack for doing so. Our message at Life is delivered in a compassionate and caring way. Councils which try to shut down and silence prolife organisations like Life must recognise that they are doing a disservice to women in crisis who may need our help. Lambeth Council reportedly said we are against their values. We are curious to know what these values are and look forward to hearing a fuller and more detailed explanation, and hopefully an apology from the council for the distress caused to our Life staff and volunteers.”