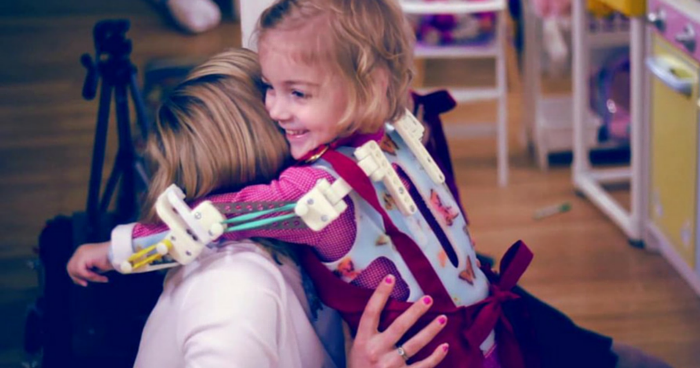 May brought with it a concerning news topic for Life’s Media Team: that of child euthanasia. Having recently written a post on the importance of good palliative care, I now want to address why we must not be fooled by euthanasia activists in our attempts to be truly compassionate for the sick and dying. The proposal in Holland of child euthanasia is particularly relevant and distressing as we celebrated #DyingMattersAwarenessWeek last week.

With few countries having gone down the route of legalising euthanasia, it is important to watch the augmentation of their situations. What we see in countries that have shifted from a focus entirely on caring for people while they live to allowing physician-assisted suicide in difficult situations, is that what may have been good intentions have rapidly turned into very scary legislations.

Changes in the law have taken place due to people being led to believe that allowing physician-assisted suicide could, in some cases, be the most compassionate way to deal with patients that are suffering from severe pain and nearing death. But countries that have allowed the intrinsic value of human life to be undermined in this way have forfeited intrinsic value of all human life as a result. In less than half a century the Netherlands has proceeded from allowing-assisted suicide, to voluntary euthanasia, to “termination of the patient without explicit request” (involuntary euthanasia), to allowing euthanasia for infants under one year with the parents’ permission (infanticide). Currently Dutch Health Ministers are hoping to invest €400,000 in a study to determine whether or not to expand euthanasia laws for children between one and twelve years and allowing adults and children of any age to request euthanasia.

When we not only have the choice to end our lives but demand it as a right, we are imposing a duty on the doctors, which is to kill us when we want to die. That shifts their role as doctors entirely. It also shifts our whole perspective on caring for people in near desperate situations. The death of a child has always been perceived as a great tragedy, precisely because they have only experienced such a small sliver of life. But according to the Dutch Health Ministers, who are backed by the Dutch Paediatricians Association, the fact that children under twelve can be ‘astonishingly rational’ means doctors should respond to the cries of these desperately ill children by ending their short lives, rather than providing the best medical treatment we can give them, alongside hope, care and compassion. The role of these doctors has become a role not of caring for the living, but of deciding who should be allowed to live and die.

Undoubtedly resulting from the legalisation of euthanasia and this shift in dealing with the terminally ill, the Netherlands has “the most lamentably insufficient palliative care and hospice provision” according to Dr Colin Harte, an expert in the area. It is inevitable that as euthanasia comes to be seen as a legitimate form of treatment for those nearing the end of their lives, the quality of the provision of other forms of treatment decreases.

When the decision to end a life is just as acceptable as helping patients live well until their death, it is not surprising we read heart-breaking cases of lives lost due to a lack of hope, good treatment, and value for life. Only this week in the Netherlands a lady in her twenties who was a victim of sexual assault was killed by lethal injection because she couldn’t cope with her subsequent mental illness. Last week The Telegraph reported on the increase in numbers of such cases: from just two cases of people with “incurable mental illnesses” who were euthanised in 2010, but fifty six cases in 2015. In the above instance the sexual assault left her suffering from Post Traumatic Stress Disorder, severe anorexia, chronic depression and hallucinations. It was concluded that her situation was hopeless, her multiple conditions were ‘incurable’ and that ending her life was the best outcome. Furthermore, despite being diagnosed as chronically depressed, doctors deemed her to be “totally competent” to make such a decision with “no major depression or other mood disorder which affected her thinking.” Is that really the best we can do for a young woman who has been abused and traumatised? The huge increase of these cases for mental illness does not reflect well on our capacity to help people who are severely struggling with their mental health. Surely this has to be not only our priority, but remain the role and duty of those caring for these patients.

Last year in Oregon, where physician-assisted suicide is also legal, Professor William Toffler, one of the state’s most senior doctors, described the legislation as a ‘disaster’ which had led to “a profound shift in attitude toward medical care” and fundamentally changed the relationship between doctors and patients. Stories of the elderly refusing to go to hospital, receiving treatment, and being able to trust doctors are drifting across from the Netherlands all the time. The Telegraph reported in 2011 that “Elderly people in the Netherlands are so fearful of being killed by doctors that they carry cards saying they do not want euthanasia”

So although I am convinced that appeals for euthanasia are well intentioned by the majority of those who are sympathetic to its legalisation, there are a few vital things we must be aware of. The first is that it is near impossible to limit to the heart-breaking cases of people who some may think it should be allowed for. Dr Hendin, psychology professor of New York Medical College has carried out extensive research into the Dutch situation: “We all independently concluded that guidelines established by the Dutch for the practice of assisted suicide and euthanasia were consistently violated and could not be enforced.”

The second is that not everyone has the same view as the well-intentioned majority of euthanasia advocates. There are people pushing the laws who have agendas up their sleeves. They know it’s a slippery slope and are deliberately playing on our desire to be compassionate, by suggesting legislative change that won’t seem too drastic in order to edge their agendas through. A couple of examples: Baroness Warnock stated: “If you’re demented, you’re wasting people’s lives – your family’s lives – and you’re wasting the resources of the National Health Service.” John Hardwig, an eminent Professor of Philosophy in the US, expressed his opinion that we have a duty to die if we are being a burden in any way on our family and loved ones in the infamous Hastings Report. In fact, he goes as far as to say: “To have reached the age of, say, seventy five or eighty years without being ready to die is itself a moral failing, the sign of a life out of touch with life’s basic realities.” Another motive in many euthanasia advocates’ agenda is the obtainment of body parts: “Euthanasia was executed by an independent physician in a room adjacent to the operating room in the absence of the retrieval team”

Let’s not be naive to these agendas, and further other’s motives by our attempts at compassion.

But finally and most importantly, the problem with euthanasia is not just due to good intentions getting out of hand. Making legal an erosion of the value of human life in this way is wrong in all circumstances. The calls for child euthanasia in the Netherlands, which have come as the result of the country’s plunge down the slippery slope, only highlight precisely why we must be so unwavering on this issue, despite popular belief that euthanasia is a compassionate response. Euthanasia comes as the result of mistaken compassion according to Nigel Skyes of St Christopher’s Hospice: “As a palliative care physician, I provide pain relief and care for hundreds of people who do not speak out, but whose deaths have been achieved with peace and dignity, through care and not killing”.