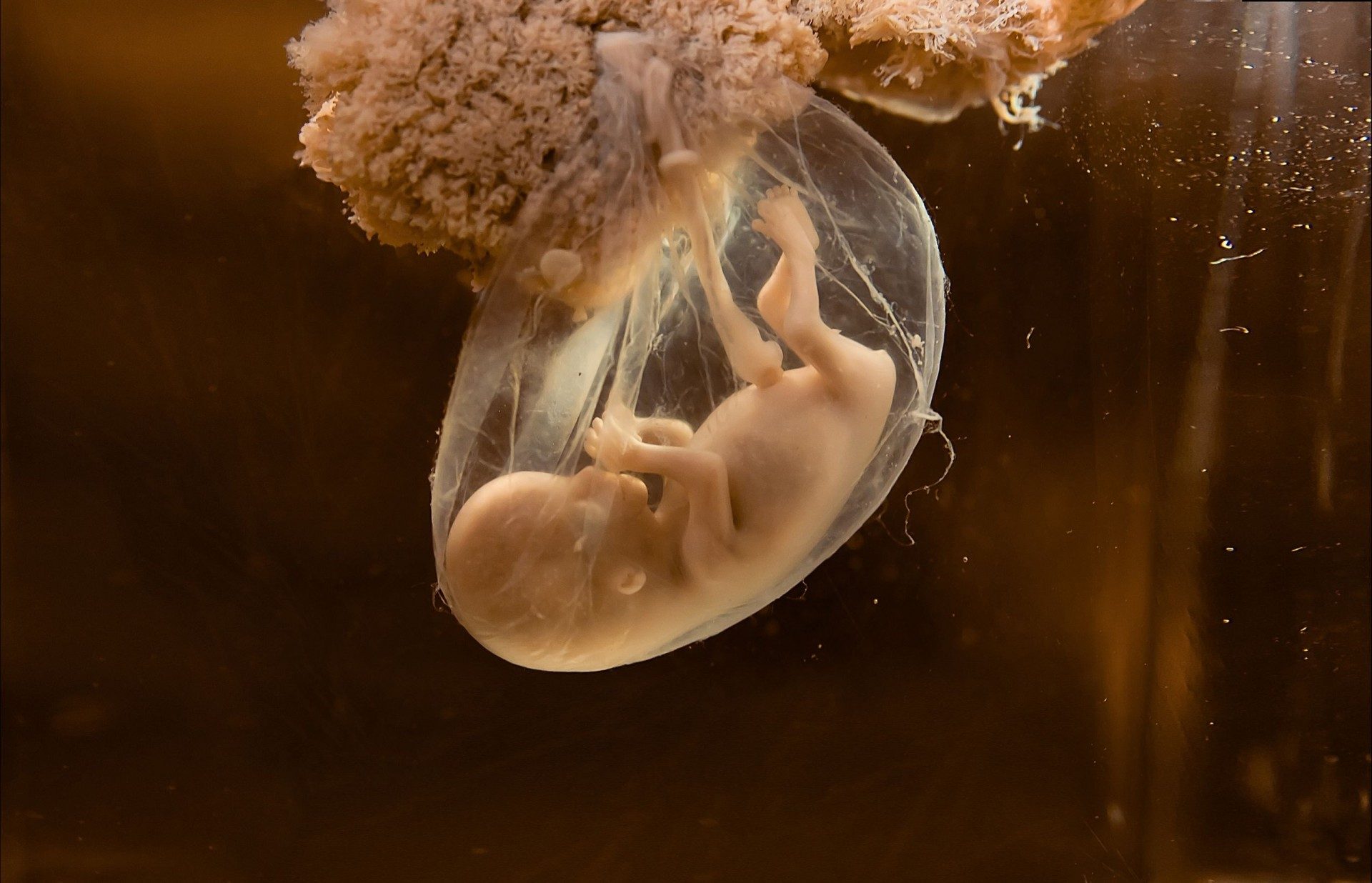 The development of the human being in the womb – a process through which every single person who has ever lived has passed – is genuinely amazing.
The ways in which our bodies change and grow and develop in those first nine months are the most dramatic and incredible of our lives.
What’s even more striking is that our first and most fundamental relationship was with our mother, even though our awareness of this relationship is obviously rather limited early in our life!

This relationship started at fertilisation, the moment that the mother’s body first recognises the new being’s existence. Scientifically speaking, life begins at this moment, when the father’s sperm combined with the mother’s egg. A completely unique genetic code was formed, different from anyone else in the world throughout history. So much of the information about the future of the individual is contained in this tiny point of life.
Even at this stage, it is already determined whether the embryo is male or female, what kind of skills and strengths they will have, what colour, eyes and hair, even the kind of illnesses to which they will be susceptible in future life. Even parts of the personality have been linked to genetic influences. This genetic code links the child with the mother in some ways and with the father in others, but the child is not a copy of either of them – he or she is unique; a new, separate and original human individual.
The mother’s body recognises this fact and responds physically to make itself a hospitable environment. As the body releases hormones signifying the presence of a child, the body responds by suppressing the mother’s immune system so that the child is not attacked as a foreign object in the way that other intrusions might be. While this does put her at slightly raised risk of certain illnesses, it does allow the body to participate in building the placenta and providing a safe home for the child.
In a sense, the placenta is a physical metaphor for this relationship. Half is from the child and half from the mother’s uterus. The placenta connects the child to the mother and allows them to obtain all the nutrients and oxygen they need to grow, while at the same time disposing of waste from the child. So the pattern for that deeply important mother-child relationship is laid out on a cellular level.
The child could not survive without the mother, and yet it is not part of her in the same way as an organ is.

S/he is an entity all of their own, with a personal blood flow, which never mixes with the mother’s and begins pumping around the tiny body when the heart began to beat at 21 days.

By six weeks the child is more than 10,000 times larger than at conception. The beginnings of legs, hands, fingers and eyes can be seen. The brain is already alive and starting to send signals down the developing spinal cord.

By eight weeks, the child has its own unique fingerprints. This small detail, invisible to the outside world, shows once more the individuality of the unborn child. A great deal now depends on the mother’s natural care for the child. Everything she does can have an impact on the future of the child, from the foods she eats to the chemicals she puts into her body. It is for this reason that pregnant women avoid alcohol and smoking, and take folic acid.
All this special care allows the tiny body time to grow.

By twelve weeks the child is amazingly detailed – right down to delicate fingernails. Not long after this the child can respond to touch, and cry silently.

Although the mother only starts to feel it at around 16 weeks, the child has already been kicking and moving for a month at that point. According to some scientists, shortly after this the child begins to have the biological capacity to feel pain and unpleasant sensations.
Also around this time, it is thought that unborn babies learn to recognize both their mother’s and their father’s voices. Typically, these voices have a very calming effect, but if he or she is exposed to persistent loud noises or shouting, the child’s heart rate and even stress hormones can be increased.
As the child develops all five of the senses to explore the world, he or she is preparing for the moment of actually emerging and meeting the parents, and preparing itself to live outside the mother, taking the first steps to independence. But of course it will be many years before the child is completely independent, for even after birth children rely on their parents to physically feed them and take care of them. And so this first, primal relationship continues after birth in many ways.
It is important as a society that we view this new relationship between a mother and her baby in a caring and nurturing way; that we empower and help in whatever way we can so that a mother is supported in this relationship.
We all need to do a better job of acknowledging the awe and wonder of how each and every one of us develops inside the womb and the special bond that we all have with our mothers, not to mention the relationships we have with those that cared for us when we were at such a vulnerable stage in our development.

Want to learn more? Subscribe to get our email updates!