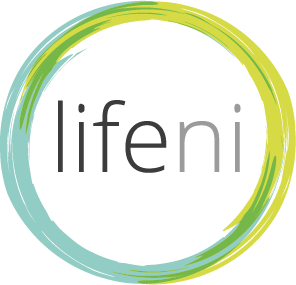 In addition the Women and Equalities Committee has sought responses to the following questions:

Such a sweeping statement ignores the fact that many babies with life limiting conditions do survive birth and it is impossible for a doctor to predict which ones will survive birth. The ‘Every Life Counts’ campaign has given evidence on some children so labelled who have not only survived birth but lived well beyond birth and in some cases continue to live a much loved and fulfilling life. [5]

Given that many such babies survive for minutes, hours and occasionally longer, [6] it is very wrong to use loaded phrases such as “doomed to die.”

Life NI believes that the law on abortion in Northern Ireland has been a positive influence in the society and culture of NI, and indeed in some cases has been instrumental in protecting women’s lives[17] as well as the lives of unborn children. By upholding the intrinsic value of every human life, no matter how young or vulnerable, Northern Ireland has stood firm to the principle that all human life is worth defending.

Life NI believes that any debate/conversation about abortion in NI should only be undertaken by locally elected NI politicians who have been given a political mandate by the people in NI. Life NI does not believe that the British Government has a responsibility to respect devolution in NI and therefore all issues which are considered devolved matters for the NI Assembly should also be respected. It would be highly irresponsible for the Women and Equalities Committee to conclude that devolution can be ignored. It would be constitutionally inappropriate to interfere in the sensitive devolved matter of abortion law in NI and would indeed be counter-productive given the sensitive situation of the NI Assembly at this time.

Life NI believes that positive life-affirming alternatives to abortion should be further enabled for those facing crisis pregnancy. This would involve funding for counselling, accommodation, practical help and support and focused peri-natal pathways of care. This would ensure the continuation of a culture in NI that values all life from the moment of conception regardless of the circumstances of that conception or any condition with which an unborn baby may be diagnosed, a culture which has already seen approximately 100,000 lives being lived today because of the NI law on abortion.