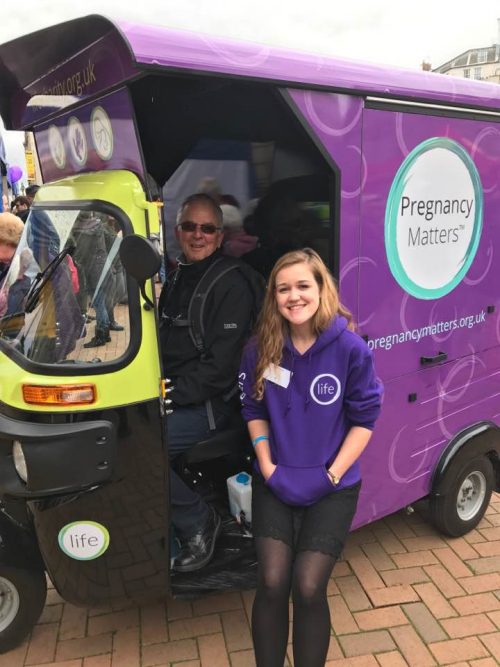 The national prolife charity Life launched their brand-new Tuk Tuk at the March for Life, which will be used to take the message of Life onto the high street.

The Tuk Tuk is a small van that can be used anywhere where there’s people – in pedestrianised streets, shopping malls, outside churches, and on public squares. It has been wrapped in Life’s colours so that is eye-catching, fun and friendly. You can see more photos here and the video of the Tuk Tuk unveiling here.

Life will use the Tuk Tuk in a number of outreach initiatives, including their “Loving Life Roadshow” which is hitting the streets of London later this year to commemorate the 50th anniversary of the 1967 Abortion Act. The Roadshow aims to educate the public about some of the most amazing aspects of life inside the womb, as well as leafleting, polling the public on pro-life issues, and giving out information about Life’s services.

Anne Scanlan, Director of Education & Media at Life, said, “The Tuk Tuk is a versatile, people-friendly tool to help us reach more people with Life’s message. The Loving Life Roadshow is just one of a number of activities we have planned around the Tuk Tuk. We feel this is a very appropriate response in this year of the 50th anniversary of the Abortion Act.” 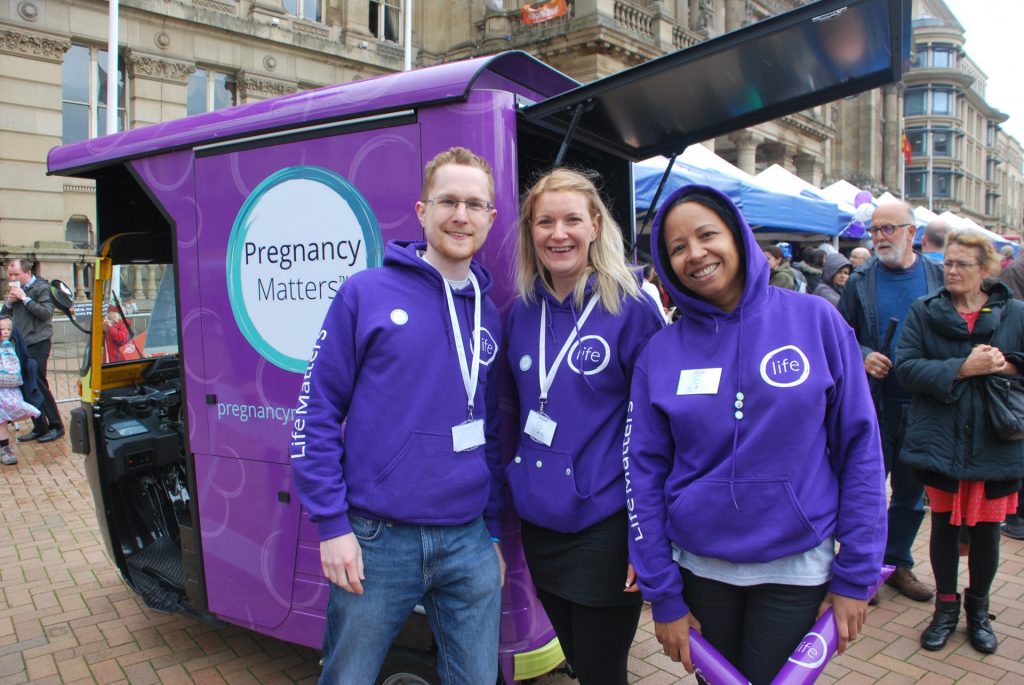 Discussion question: Were you at the March for Life or watching from afar? How did you like the March and what did you think of the Tuk Tuk?