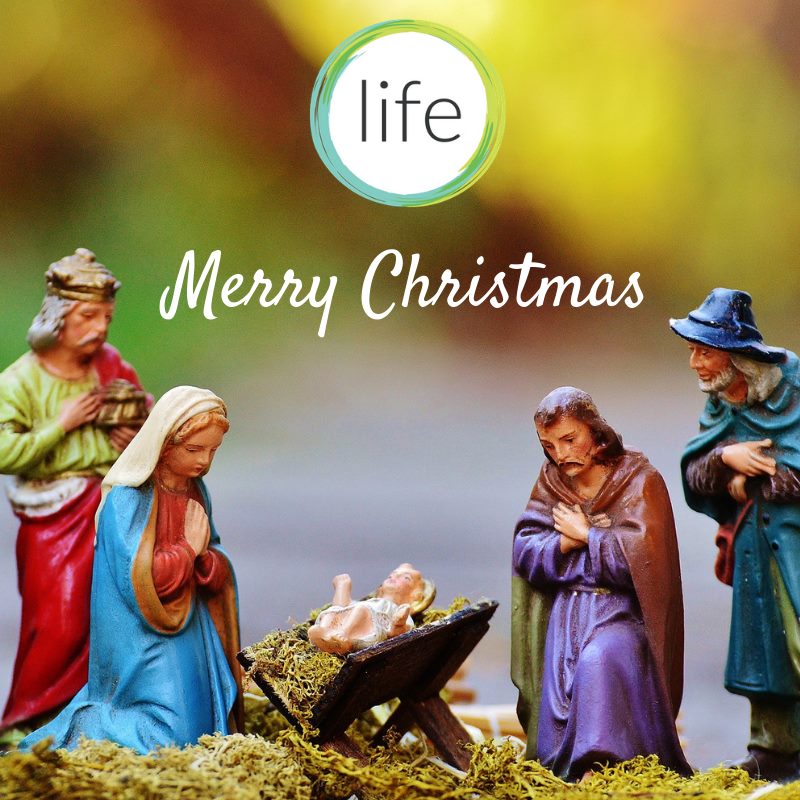 We're creating a world where there's always room at the inn.

Life’s mission today, helping 150+ women in unplanned pregnancy every day, is a part of the timeless Christmas story. And you are a part of it!

The story of Christmas is, in many ways, the story of an unplanned pregnancy.

According to the traditional account, Mary was a young Jewish woman. She was betrothed to be married. She lived under occupation in a small and insignificant town, close to major merchant routes. When she became pregnant before the marriage, her husband-to-be was going to cut off the relationship. After deciding to continue the relationship, they had to make a journey to a larger city for census reasons.

While there, she went into labour. There was no room for them in the “inn” (the Greek word means either a “hotel” or a “guest room”), so she had to give birth to her son in a shelter for animals. She then wrapped him in swaddling clothes and laid him in the feeding-trough for the animals. As the child grew, a government policy forced them to flee to another part of the occupied lands for their son’s safety. The family only returned to their hometown when they were sure they could be safe from the government.

This was an unplanned, tumultuous, and complex pregnancy for Mary. It was full of adverse situations and personal hardship.

The people we serve in unplanned pregnancies can face similar hardships. Maybe, like Mary, some are:

Whatever their story, one thing is common: it’s not easy for them to continue their pregnancy. Often there’s a real cost they must face – time, energy, money, opportunity.

According to the government, there are 830,000 pregnancies a year in the UK. Nearly half are “are unplanned or associated with feelings of ambivalence.”

Despite this, most mums want to have their children – three out of four continue the pregnancy. The other one in four decide to terminate the pregnancy.

In this country, is there room at the inn for every pregnant woman?

Unplanned or unsupported pregnancy is a challenge that demands our love, compassion, and practical help.

We’re creating a world where there’s always room at the inn for mums, babies, and families.

In so doing, we’re serving the gift of life. You’ll have seen the great joy and innocence that children bring. You’ll have seen how people light up around them – how the birth of a child somehow gives us a promise of new hope. The shepherds and wise men travelled to adore Mary’s son, believing him to be the divine saviour. They even gave gifts and assistance to help the new family.

In the same way, we’re serving the gift of new life itself.

All of us at Life wish you a merry Christmas. Thank you for working with us to serve the gift of life.

13 people are talking about Merry Christmas!