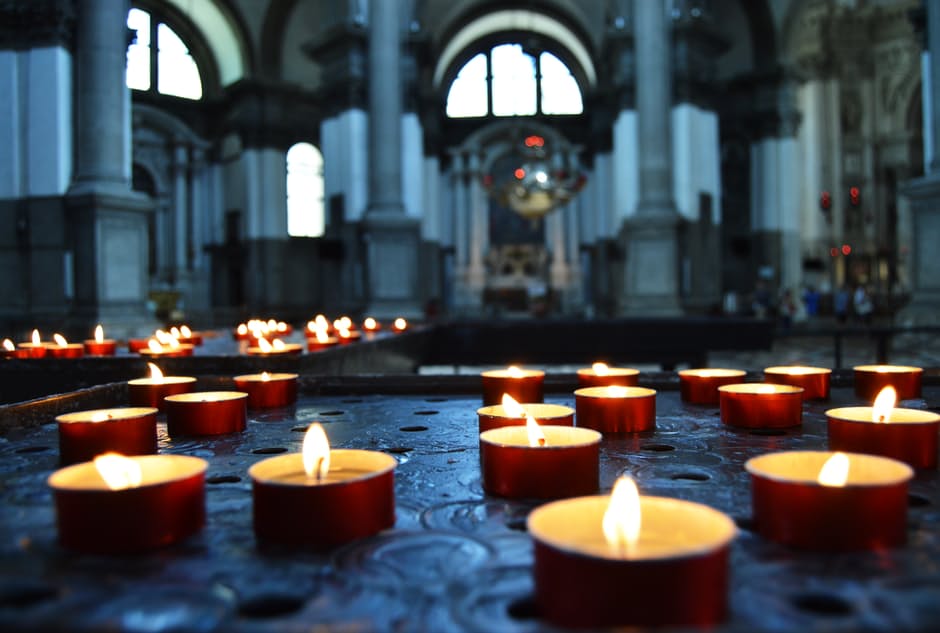 Christians have always taken a strong view against abortion, based on their belief that all human beings are created in the image and likeness of God. Here are the perspectives of two major churches in Christianity.

The Catholic Church states that abortion is always wrong, because life begins at conception and is God given.

This means that in the eyes of the Catholic Church abortion is classed as murder and goes against the commandment, Thou shalt not kill (Exodus 20:13). This commandment is reiterated by Jesus in Matthew 19:18.

The Church also disagrees with abortion as it goes against natural law, which is an act that goes against what nature intended. The Church takes an absolutist stance on this and believes that abortion is wrong in all situations.

Many philosophical, religious and humanistic traditions have the basic principle that every human being must be respected as a person, and accorded rights and dignity equal to all other persons.

Abortion is a case of direct killing of an innocent human being – a violation of the rights of the youngest members of our society and the human family. It is, thus not just a matter of personal choice, religious opinion or women’s rights, but a basic human rights and social justice issue. All human beings are called to respect, protect and nurture human life at all stages.

“From a biological point of view, there is no argument as to when life begins. Evidence was given to us by eminent scientists from all over the world. None of them suggested that human life begins at any time other than conception.” – New Zealand Royal Commission on Abortion etc. (1974)

In the twentieth century, the debate over the morality of abortion became one of several issues which divided and continue to divide Protestantism.

However some Protestants support freedom of choice and assert that abortion should not only be legal but even morally acceptable in certain circumstances.

In Judaism, views on abortion draw primarily upon the legal and ethical teachings of the Hebrew Bible, the Talmud, the case-by-case decisions of responsa, and other rabbinic literature. In the modern period, moreover, Jewish thinking on abortion has responded both to liberal understandings of personal autonomy as well as Christian opposition to abortion. Generally speaking, orthodox Jews oppose abortion, with few health-related exceptions, and reform and conservative Jews tend to allow greater latitude. There are rulings that often appear conflicting on the matter. The Talmud states that a fetus is not legally a person until it is delivered. The Torah contains the law that “when men fight and one of them pushes a pregnant woman and a miscarriage results but no other misfortune, the one responsible shall be fined…but if other misfortune ensues, the penalty shall be life (nefesh) for life (nefesh).” (Ex.21:22-25); causing an abortion on an unwilling woman is thus a crime, but not because the fetus is considered a person.

The BBC religion website states accurately that “Judaism does not forbid abortion, but it does not permit abortion on demand. Abortion is only permitted for serious reasons. Judaism expects every case [related to abortion] to be considered on its own merits and the decision to be taken after consultation with a rabbi competent to give advice on such matters.”

Buddhists believe that life should not be destroyed, but they regard causing death as morally wrong only if the death is caused deliberately or by negligence.

Traditional Buddhism rejects abortion because it involves the deliberate destroying of a life.

Buddhists regard life as starting at conception.

‘Buddhism believes in rebirth and teaches that individual human life begins at conception. The new being, bearing the karmic identity of a recently deceased individual, is therefore as entitled to the same moral respect as an adult human being.’ Damien Keown, Science and Theology News, April 2004

Modern Buddhists, however, are more divided about the morality of abortion.

Buddhists are expected to take full personal responsibility for everything they do and for the consequences that follow.

The decision to abort is therefore a highly personal one, and one that requires careful and compassionate exploration of the ethical issues involved, and a willingness to carry the burden of whatever happens as a result of the decision.

The ethical consequences of the decision will also depend on the motive and intention behind the decision, and the level of mindfulness with which it was taken.

According to the teachings of Buddha, five conditions must be present to constitute an act of killing.

Hinduism is very much against Abortion for two major reasons.

Although there are different opinions among Islamic scholars about when life begins and when abortion is permissible, most agree that the termination of a pregnancy after 120 days – the point at which, in Islam, a fetus is thought to become a living soul – is not permissible. Several Islamic thinkers contend that in cases prior to four months of gestation, abortion should be permissible only in instances in which the mother’s life is in danger or in cases of rape.

Although the Sikh code of conduct does not deal directly with abortion (or indeed many other bioethical issues), it is generally forbidden in Sikhism because it is said to interfere with the creative work of God. Despite this theoretical viewpoint, abortion is not uncommon among the Sikh community in India, not least because of wider cultural factors.

Want to learn more? Subscribe to get our email updates!

3 people are talking about Religious perspectives on abortion