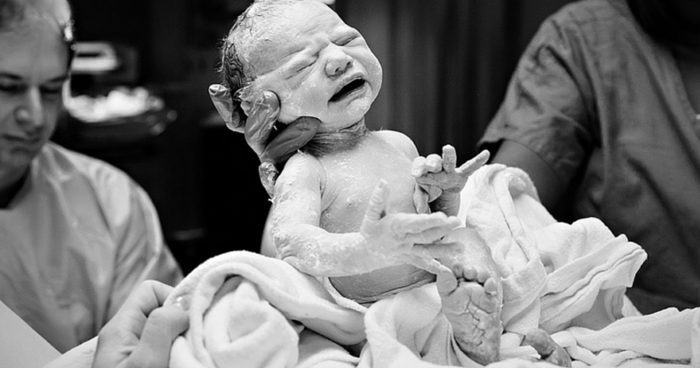 The Royal College of Midwives (RCM) have recently issued a radical new position statement which dramatically narrows conscientious objection for midwives and promotes a campaign for abortion up to birth for any reason.

To the dismay of many, the Royal College did not consult their membership on their new extreme stance.

In February, the RCM registered as a supporter of the British Pregnancy Advisory Service’s ‘We Trust Women’ campaign which wishes to see the total removal of all legal restrictions and sanctions regarding abortion. In the recent statement, the RCM announced that it “supports the campaign to remove abortion from criminal law,” which would, in effect, legalise abortion-on-demand throughout the entire nine months of pregnancy, for any reason whatsoever.

In response, to RCM’s backing of BPAS’ campaign, a group of midwives wrote an open letter, entitled ‘Not In Our Name‘, which has now been signed by over 200 midwives across the country, asking the Board to revoke the College’s support for this agenda, and begin to consult the membership as to their views on the issue of abortion.

Rather than the RCM listening to their members, they formalised their new policy with zero consultation.

This move is unsurprising, however, given that Cathy Warwick, the Chief Executive of the Royal College of Midwives, is also the Chair of BPAS’ Board of Trustees.

Ironically, the College’s move is out of step with public opinion. Recent polling has consistently demonstrated that a larger proportion of women in the UK want more, not fewer restrictions on abortion.

The RCM also said in their position statement that it believes “abortion procedures should be regulated in the same way as all other procedures relating to women’s health care”.

Currently, abortions must be authorised by two doctors in good faith and carried out in a hospital or other approved place. The RCM’s proposals would completely do away with this requirement. Again, this is the exact opposite to what the rest of the population wants. In 2014, a ComRes poll showed 92% of women in the UK believe that a patient requesting an abortion should always be seen in person by a qualified doctor.

With regards to conscientious objection, the Royal College announced that “all midwives should be prepared to care for women before and after a termination in a maternity unit under obstetric care” and that whilst “the rights of midwives and maternity support workers to hold a position of conscientious objection should be recognised”, they “should only apply to direct involvement in the procedure of terminating pregnancy”.

This drastic restriction of the right of conscientious objection was reaffirmed by the UK Supreme Court in December 2014, following the Doogan case, in which the Supreme Court defined ‘participate’ as “taking part in a hands-on capacity: actually performing the tasks involved in the course of treatment”. This came after the Scottish midwives who took the case, Concepta Wood and Mary Doogan, had previously won the right on conscientious grounds to refuse to assist with abortions at any point in the procedure.

At the time, Neil Addison, director of the Thomas More Legal Centre said, the effect of the Supreme Court judgment will “make it very difficult or impossible for nurses or midwives with conscientious objections to apply for managerial positions in the NHS”.

The new dangerous direction of the Royal College of Midwives is catastrophic and will be seriously disheartening to midwives around the country who pursued midwifery precisely because of their love for the unborn and their desire to help bring new life into the world. The fact that the body who is meant to represent them is now expecting them to assist in the direct opposite, after absolutely no consultation, is both shocking and appalling.