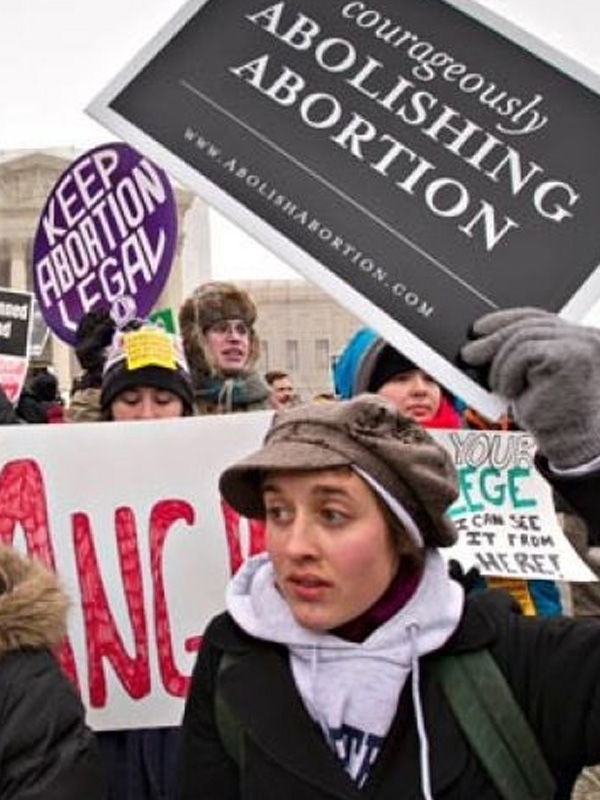 As had been expected for some months, David Mundell, the government’s Scotland Secretary, announced in late October that the devolution, the passing of power from Westminster to Holyrood, of abortion law would be included in the Scotland Bill.

Scotland’s politicians now have a responsibility to ensure that abortion law in Scotland is just and is supported by the Scottish people. Pro-abortion advocates were uneasy at the prospect of a discussion taking place in Holyrood andvarious unions have recently expressed that they want to see late-term abortions made easier to come by in Scotland.

We must, however, urge Scotland to take a different path.

The majority of ordinary people believe abortion to be a “necessary evil”, an option which women must have recourse to in difficult circumstances. But what kind of option is it? To answer this it is necessary that MSPs hold an honest and basic discussion about what abortion is.

Scientifically speaking, it is the taking of a human life. Since, scientifically speaking, human life begins at fertilisation. From this point forth, we display all the characteristics of life, we have unique human DNA, and we enter on to a continuum which only ends when we die. The only real distinguishing factor between a newly fertilised zygote, a five year-old child, a teenager, and a fully grown man or woman is age. Logically speaking, the same criteria which exist for terminating the unborn could legitimately be employed to terminate any one of us.

There are many who do not view the zygote or foetus as human because they cannot survive on their own outside the womb. Can newborn babies survive when left alone by their mothers? Can toddlers survive when left alone? The manner in which a mother feeds and shelters a newborn baby or toddler is obviously very different to how a mother feeds and shelters her child in the womb, but this does not alter the value of the latter.

When we follow the route of determining the beginning of life to be the point at which a child can survive outside the womb, we find ourselves arbitrarily doing so based on what medical help is available. A child can survive outside the womb in the UK at 22 weeks due to advanced technology, but can have virtually no chance of surviving outside the womb until much further along in the pregnancy in other parts of the world. Whether a human being is in the womb or outwith, he or she remains a human being. We, who were once fetuses, cannot claim otherwise.

We must consider what choice women are given when they find themselves facing an unplanned pregnancy in the UK where, in practice, abortion is available on demand. One of the options is giving birth. The other is the taking of a human life. The simple fact is that no person should be faced with this choice. A decision for the latter option is one which, as studies illustrate, “can act as a cause or a trigger for emotional and psychological difficulties” (Fergusson, 2009) and,as countless personal testimonies confirm, can have an extremely adverse effect on women in the years following the abortion.
Too often, women in unplanned pregnancies feel that they face the choice between their career, relationship, economic stability- and the life of their child. If the support system for pregnant women in Scotland was good enough then no woman would feel as if they had to abort their child. This, in fact, would be true choice.

Abortion was made accessible in 1967 for rare cases, but we face a situation in the UK now where, from the 200,000 which take place each year, 97% of abortions are carried out under Clause C, sometimes known as the “social clause”. The most common reason which doctors cite under this clause is that continuing with the pregnancy would bring greater risk of harm to the mental health of the woman than if she aborted. However, if there is no evidence that giving birth increases the risk of developing or worsening mental health problems, then how can doctors sign off close to 97% of abortions under clause C in good faith?

I am aware that MSPs will come under extraordinary pressure from pro-abortion groups if they so much as hint that they will change the abortion law or abolish the positively wicked clause of the law which allows disabled children to be aborted until birth. They will also come under great pressure if they try to put measures in place with the intention of enforcing the current UK law. However, they must not let pro-abortion voices shout over the dark tale the UK has told since the passing of the 1967 act. Literally millions of children, young adults, and adults are missing from the United Kingdom. Boys, girls, men, women, who never saw the light of day. Were you once a foetus? So were they.

So I urge my country’s politicians to seize this opportunity to reassess the law and to make a much-needed fresh start. As I’m sure is the case in the rest of the UK, my experience has taught me that the people of Scotland care in a special way for the disabled and the vulnerable. Scotland’s laws must reflect this. In writing a law which protects children in the womb, particularly disabled children, and putting proper support structures in place for women who face unplanned pregnancies, Scottish politicians will leave a lasting and wholly positive legacy. Yes, they may well come under heavy fire. But the mothers and children of the future, who would otherwise face much worse, will thank them.