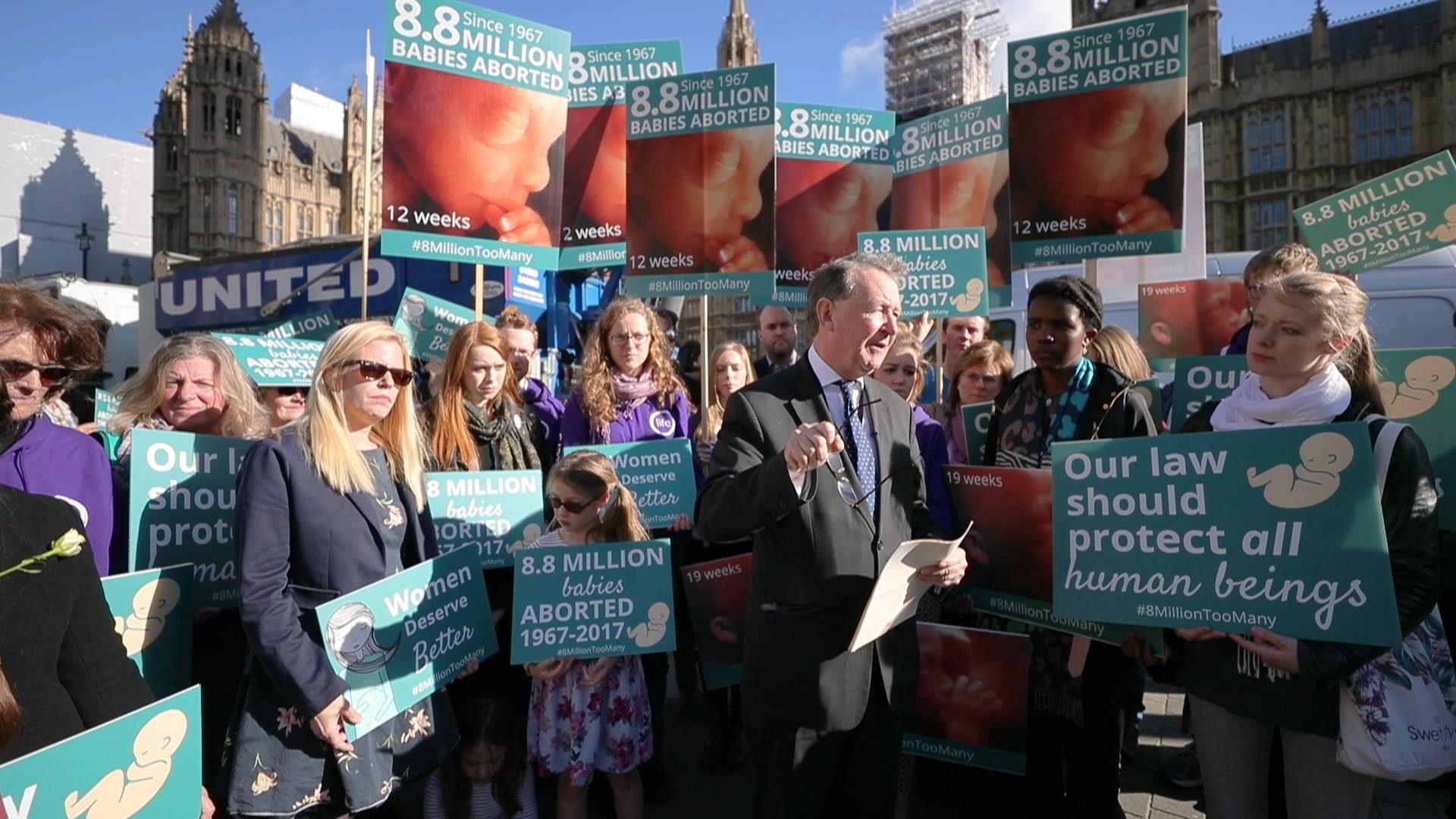 This morning, crowds gathered outside Parliament to commemorate the 8.8 million babies whose lives have been lost to abortion since the passing of the 1967 Abortion Act.

Prolife organisations stood side by side to mark this sombre occasion, with a minute’s silence from 11:04am; the moment Royal Assent for the Bill was declared 50 years previously.

Prior to the silence, cross-bench peer, Lord Alton of Liverpool, gave a speech to those gathered, reflecting on the brutal legacy of the Abortion Act in the UK.

It has been estimated that since the Abortion Act came into effect, 8,894,355 abortions have taken place in the UK.

Speaking at the event, Lord Alton of Liverpool said:

“What we mark today, is nothing less than the greatest shame of our nation. The fact that we neuter the protections in our laws for our tiniest countrymen and countrywomen is a horror and disgrace on a massive scale…

“It was so encouraging to be out today with other young prolifers and to hear Lord Alton’s speech. You really got a sense of the handing on of the batton and that we’ve got to work at this together. I think it’s heartbreaking and difficult to get your head around the fact that 8.8 million people are not alive today because of the Abortion Act. That’s the same as the population as London. We should imagine London being deserted to really get a sense of what the world has lost.”

“We are heartened that so many prolife organisations have joined us today and so many loyal supporters from across the country have come to commemorate the 8.8 million lives lost through abortion and the generations of women who are mourning the loss of their children.

After 50 years of ‘choice’, we do not see freedom, liberty and equality as promised. Instead, we see women face the same struggles but with little ‘choice’ on offer from society, other than abortion.

Life will continue to help and support all women facing difficult and unplanned pregnancies as we have done for the last 47 years.”

One person is talking about Silence for 67: 50th Anniversary of the Abortion Act commemorated outside Parliament