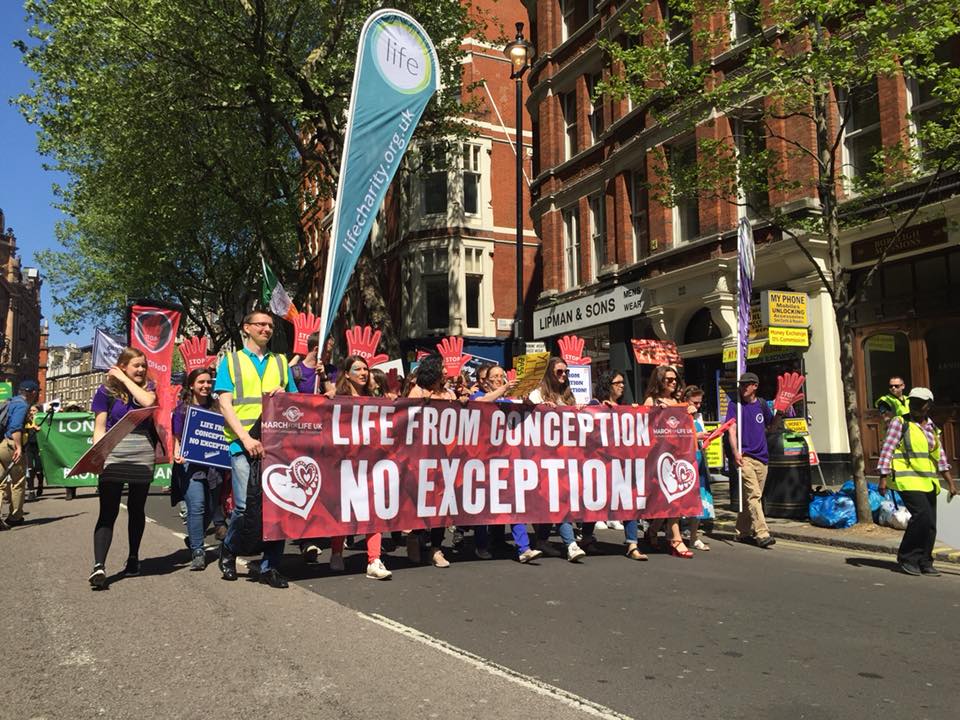 Thousands of people took to the streets of London today calling for protection of the unborn child and stemming the tide of pro-choice rhetoric that is attempting to shut down the prolife voice across the British Isles.

‘London Irish United for Life’ joined the march and are urging Irish people to go home on 25th May and ‘Vote No’, in order to ‘Save the 8th’. Repealing the 8th Amendment to the Irish Constitution would remove equal rights for the mother and her unborn baby and instead attempt to introduce abortion on demand into Ireland. This was an impressive show of strength for the Irish prolife movement and should give the Irish ministers pause to consider what exactly it is they’re attempting to repeal.

Life’s Director of Education and Media Anne Scanlan said “What a fantastic day this was for the prolife movement, the atmosphere was absolutely incredible. So many people have come out today to show that the prolife voice is still alive and well, standing for equal rights for the baby in the womb and providing real help and support to women.”

Life launched it’s ‘STOP Abortion on Demand’ campaign today to fight the extreme pro-abortion agenda that is currently being pushed through our medical colleges and media outlets providing people with little or no say in the debate. Life stands for equal rights for all human beings, we stand for support for those in need and we provide real alternatives to abortion.

“This is a very exciting time to be prolife. A day like today shows that we’re not just going to sit back and allow the abortion industry to keep destroying lives. The 1967 Abortion Act has cost the lives of 9 million innocent children and countless women have been hurt as a result. We have some battles ahead, but it’s great to see that the prolife movement is just as alive and well today as it was 50 years ago.”

Life was proud to stand with the March for Life today and we stand with Irish Prolifers, especially in the weeks to come.

Here is an incredible video of the entire march!

3 people are talking about Thousands March for Life