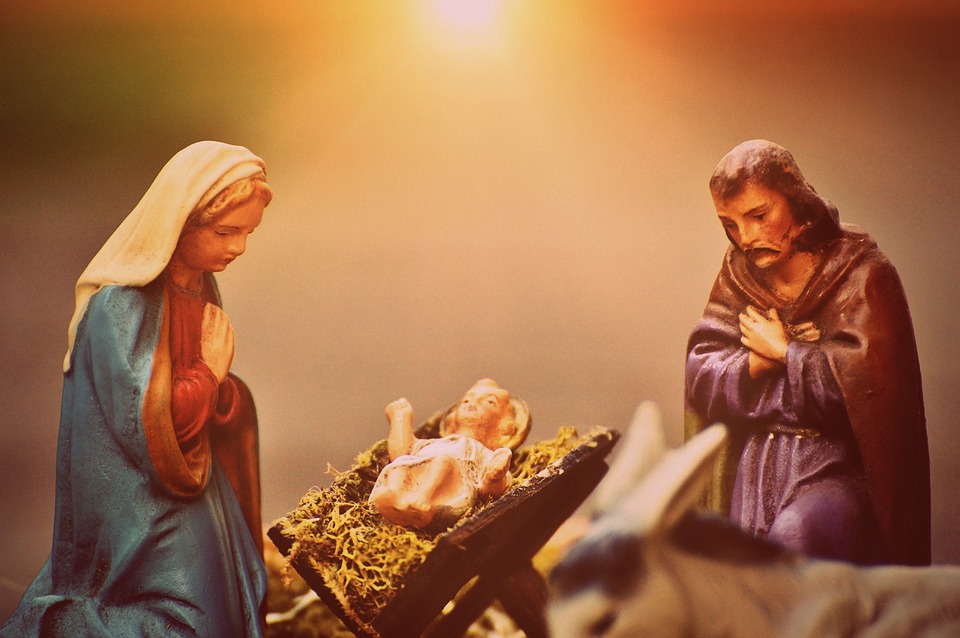 I had a memorable meeting with a teacher last Friday. I was meeting with him to go through the abortion presentation and, in his words, “to be vetted” before coming to present to the students! As I talked him through the presentation I could see that he was deep in thought and that some of the points I was making were having a real impact on him.
I was near the end and I came to the slide where I talk about the fact that abortions take place every year for Cleft Lip and Club Foot and the teacher stopped me. He stopped me and told me the following. “I have four sons. One of them was diagnosed with Club Foot when my wife was pregnant with him. I can tell you just now that if one of my sons is going to take his football professionally, and if I’m going to retire on one of them, it’ll be him! He loves football. He goes to sleep in his football boots. I have pictures!

Shortly after Mary gave birth to her child the young couple were forced to flee because a dictator, every bit as tyrannical as Adolf Hitler or Josef Stalin, was so intent on killing the child that he ordered the infanticide of all boys under the age of one. Tragically, this was not the last time in history that children would be targeted because of their gender.
Mary and Joseph fought against the odds. And there is no doubt that it must have been unimaginably difficult at times. But what a joy it must have been to see their child grow into a kind and caring young man who would have loved his parents dearly and, we are told, listened to them closely as he grew up.
In the presentation about abortion which I give in schools, I speak about a client of Life whom, for confidentiality purposes, I call Suri. She was faced with a crisis pregnancy also and came to Life for help. We were able to provide her with the support which she needed to continue with her Higher Education and go on to give birth to a truly beautiful baby girl. I quote her in the presentation from a time when she said “My daughter is the best thing in my life. Times can be tough, but all problems have an answer if only you look for them”.
I say that Suri’s quote could sum up the whole presentation. Times can be tough, but she looked for the solution and found Life. Times can be tough, but, in the story of the Nativity, Mary and Joseph looked for the solution when they were turned away from every inn which they went to and found the answer in the most basic of stables. They lived to tell the tale and, not only did they live, but so did their child.
Life aims to provide practical support and accommodation for women facing crises like Mary faced in Bethlehem and like Suri faced while at university. We aim to provide accommodation for women pregnant and with nowhere to go. We aim to provide a safe place for women who, though not running from a tyrant in government, may well be running from a tyrant in their own homes. This Christmas we are housing and helping over 100 women who were facing such situations.
In this coming year we hope to provide help to even more women and children across the country. Thank you for your continued support in the vital work of providing a solution, even in the most complicated of circumstances.