Jonathan  Wright works as a lawyer specialising in residential  and commercial property. Jonathan became a trustee of Life in 2015.

Outside of work as a lawyer, Jonathan has built up a good level of experience in the charitable sector. He was involved in the foundation of City Church Birmingham in 1999 and served as part of the leadership of that Church until 2003. He became a trustee of a pre-school charity in 2010 and soon afterwards became chair of trustees, where he continues to serve. 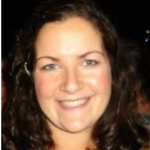 Laura was born into the work of Life following in the footsteps of her mother and grandmother who was one of the founders of the first Life group in Blackpool. Laura works full-time as a primary school teacher and is a mother to three children. Laura holds BACP qualifications and has experience using her listening and counselling skills specialising in pregnancy-loss and post-abortion counselling. Her dedication to Life has been relentless, having worked as the Life Regional Representative for the North West region she now chairs the Life board of trustees. 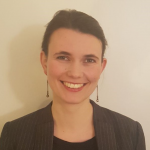 Annabel Osborn is a project manager, who has worked for companies and charities to consolidate ideas, strategise and launch new ventures. Annabel loves getting to the heart of what it is that drives individuals and organisations, in order to help turn their dreams into realities. This has encompassed one-to-one interviews with women on how best to support them with their pregnancies with The Good Counsel Network, to helping turn a start-up into a medium sized business, and leading their successful bid to win the Merton Best Business Awards.

Annabel holds a BA (Hons) in English Literature and Religious Studies from Cardiff University. She is the wife of Francis, the mother of two, and is currently employed as a Project Account Manager for Rowanvale Books 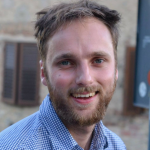 Philip Campbell is a policy and public affairs professional with experience working in Parliament and business. He specialises in recruitment, employment and skills policy as well as government relations and stakeholder engagement. He co-founded the Alliance of Pro-Life Students (APS) in 2012, while studying at the University of Bristol, and acted as their Company Secretary for a number of years. 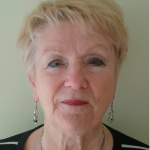 Eileen is a stalwart supporter of Life having been an active volunteer since the early 1970’s. During that time she has; established Life drop-in centres, trained and supervised volunteers, spoken in schools, colleges, churches and given media interviews. She coordinated the Life helpline for over four years and has set-up and run a Life House. Eileen worked for over ten years as the Life Regional Representative for Yorkshire, Derbyshire, Staffordshire and Lincolnshire. She is trained in skilled listening and counselling and specialises in post abortion work. She was educated at Notre Dame High School in Sheffield where she still lives.