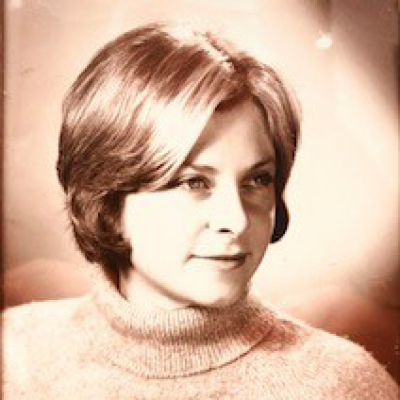 Nuala on the day of her engagement to Jack 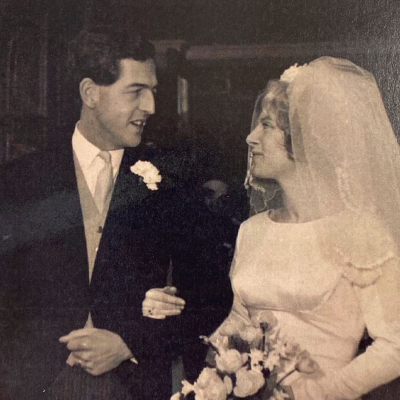 Nuala and Jack on their wedding day 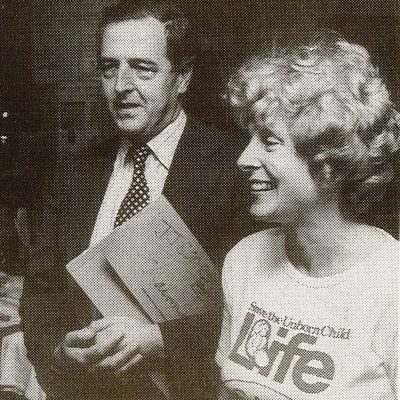 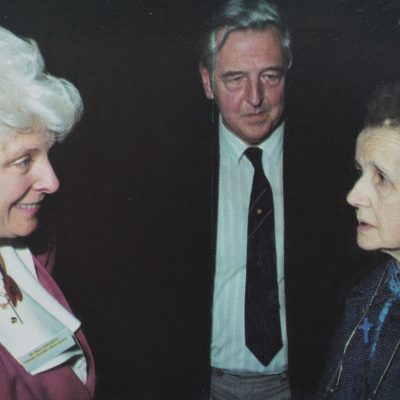 Nuala and Jack with Sue Ryder, who gave a memorable address at a Life National Conference in 1995. Her husband, Leonard Cheshire VC, had been a patron of Life from the early days, and the two had supported Life’s work. 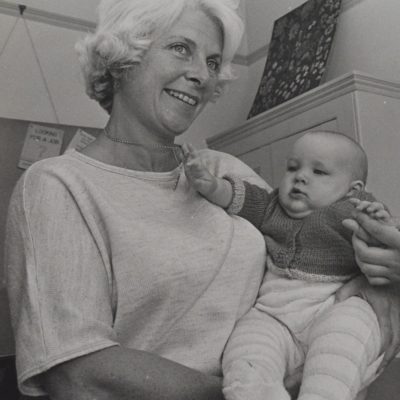 Nuala with a Life baby born to one of the mums in a Life house, mid-1980s. 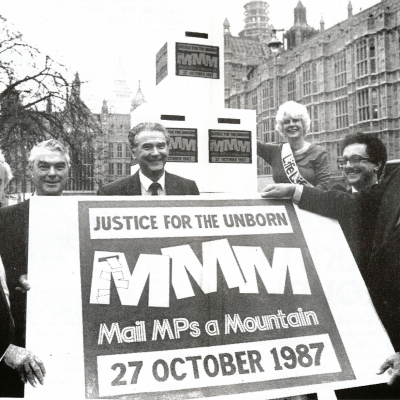 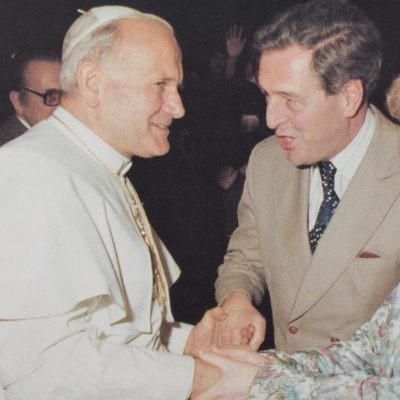 Jack and Nuala meet the newly-elected Pope John Paul II, 1978. The Pope, hearing about Life a at a General Audience in Rome, says, “What you are doing is very important for the modern conscience.” 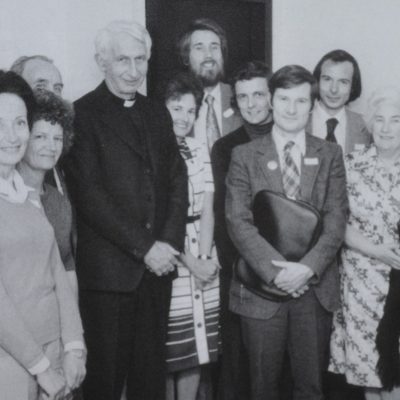 Nuala and Jack (right) with members of the Life Central Committee, 1977. They are joined by Cardinal Hume, who was speaking at the Life National Conference in Leamington Spa. 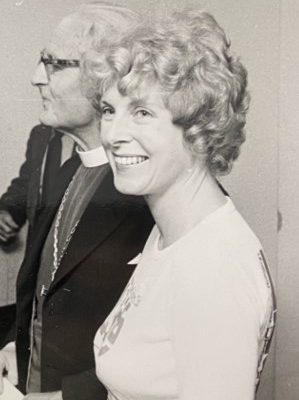 Nuala at the Life National Conferencce in Leamington Spa, 1977. 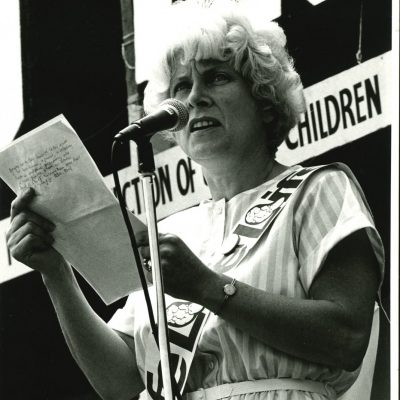 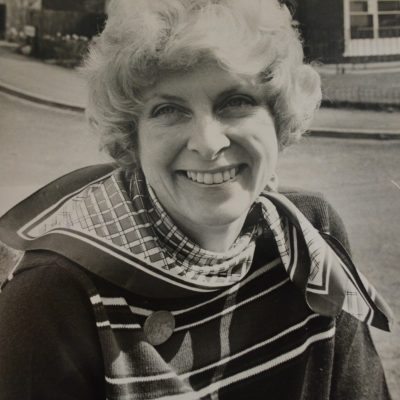 Nuala Scarisbrick in the early days of Life. 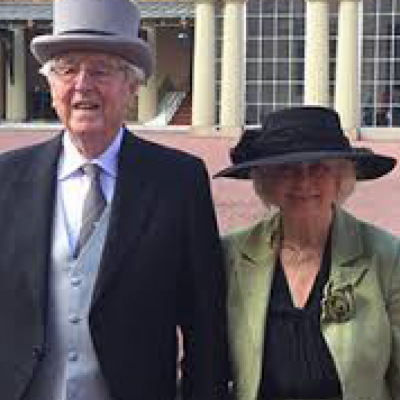 Jack and Nuala, Professor Jack Scarisbrick, on the occasion of his receiving an MBE for services to vulnerable people, 2015. 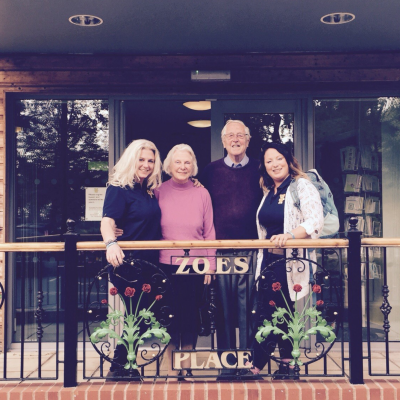 Nuala with family at Zoe’s Place 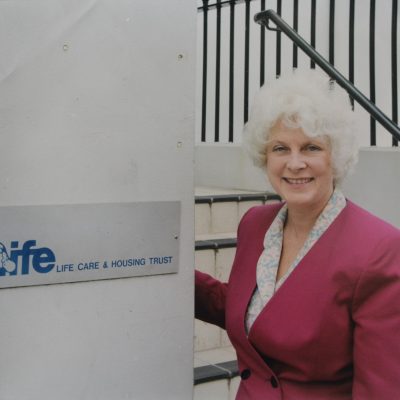 Nuala outside the Life offices in Leamington Spa, 2000s. 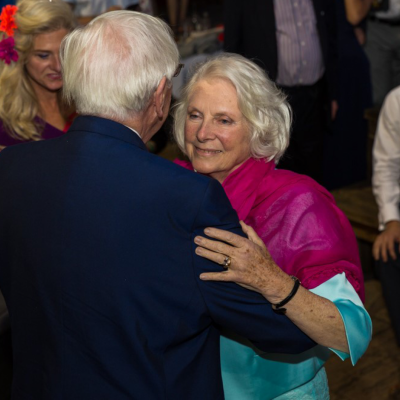 Life and soul of the party 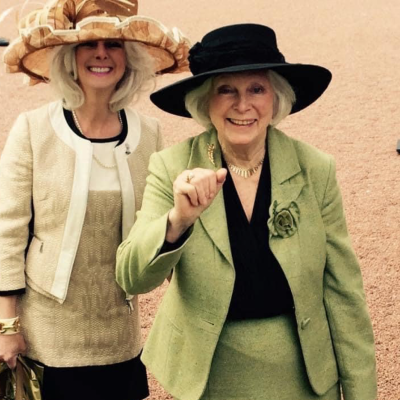 A delighted Nuala on the occasion of Jack receiving an MBE for services to vulnerable people, 2015. 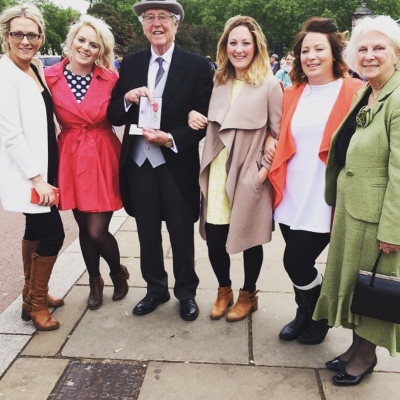 Nuala with Jack and grandchildren 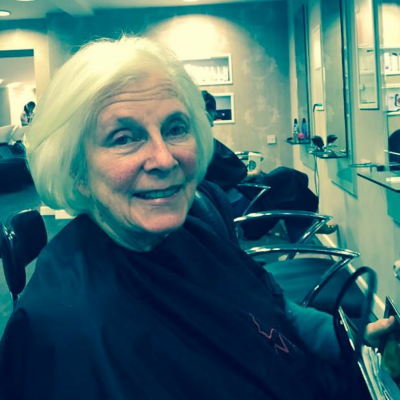 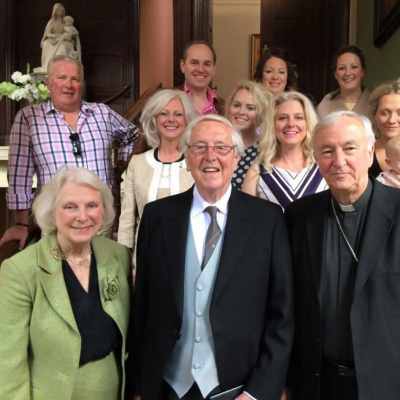 Nuala with Jack and family 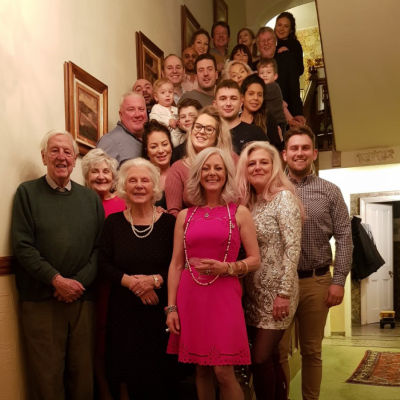 Nuala with her family 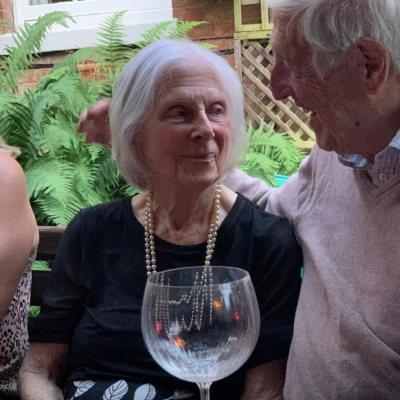 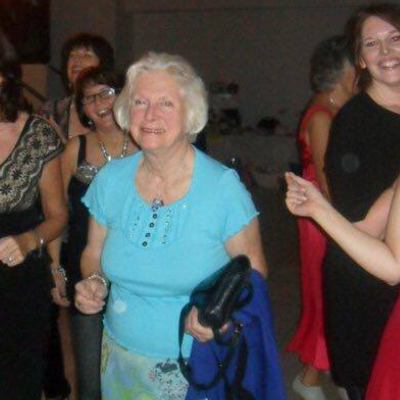 Nuala on the dance-floor at the Life conference in Liverpool 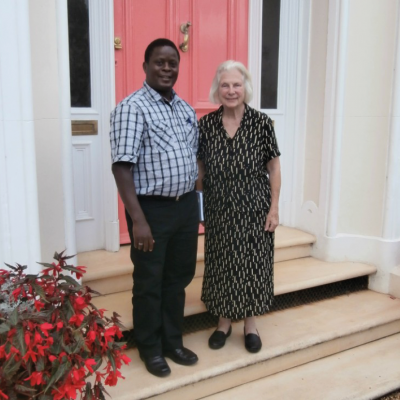 Nuala with Fr Ambrose pictured in Leamington Spa in 2014. Fr Ambrose said this – “The Pro-Life Movement in Uganda owes a debt of gratitude to Nuala for her tireless effort to promote the gift of life”