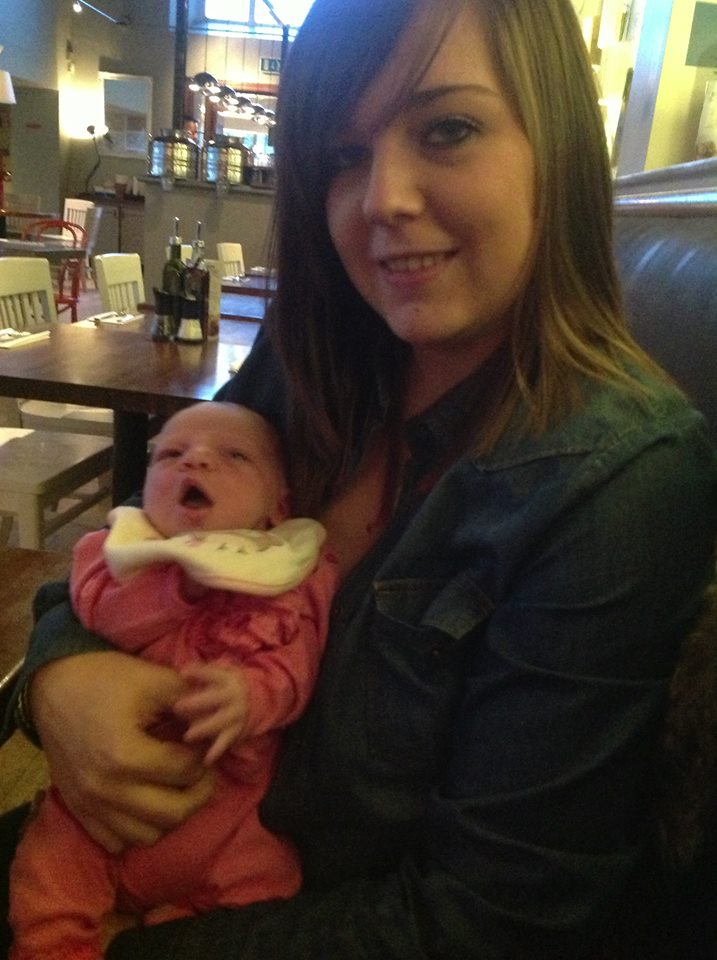 “No two days are ever the same in a Life house! But this particular day at the Haywards Heath house was like no other!” said Anne Willis, Life Housing Support Worker.

“One of the tenants, Kirstie, was in labour, with me and the girls supporting her as best we could.  She was doing really well.  Then, suddenly, Kirstie began having an overwhelming urge to push; we all went from calmly counting contractions to being on high alert!

“I immediately rang the labour ward of the local hospital and  an ambulance while the other tenants rallied round getting towels and pillows.  But it became obvious the baby was coming – and coming quickly!

“Luckily the ambulance crew arrived just in time to deliver the baby – a perfect little girl. They were both taken off to the hospital to check all was well. Kirstie handled the experience amazingly, remaining calm and focused throughout.”

Kirstie said: ‘When I suddenly went into labour I had no idea what was going on. I was scared.  Giving birth to Olivia on the bathroom floor was never something I planned or thought about, and  without the help from the ambulance crew, my Support Worker Anne and the girls in the house I couldn’t have done it.

“So thanks girls – it’s nice to know that we’re all there for each other –  no matter what the situation!”

Life Housing is one of the largest providers of accommodation for pregnant women and unsupported mothers aged between 16-25 years in the UK.