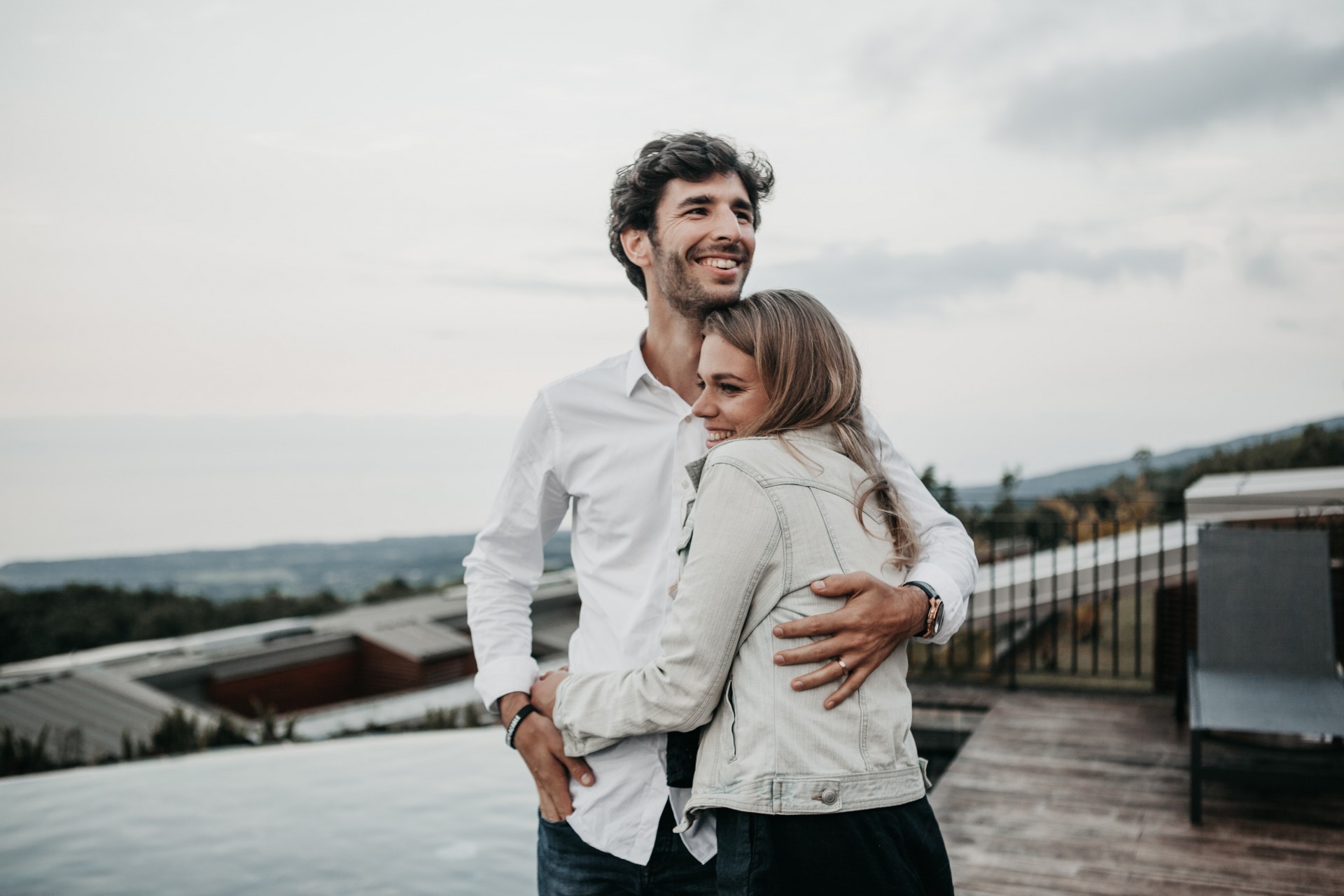 When my partner and I had an unsought pregnancy, it was the beginning of a long journey. That journey convinced me that dads have a powerful role to play in helping their partners meet pregnancy and the circumstances of life.

Lauren and I were best friends. We’d tried a few business partnerships, trying to get our lives together and make our own way in the world. We were still pretty young when we discovered that Lauren was unexpectedly pregnant.

Our reactions were totally different. I come from a huge family, which meant that we took each new baby in our stride. Perhaps I was a touch naïve; I just felt that having this baby wouldn’t be anything we couldn’t handle. I never thought this baby would end our lives.

For Lauren, though, her reaction wasn’t great – to put it mildly. She was really emotional, scared, and frightened. When she told me about the pregnancy, she said, “My life is over” and she was considering an abortion.

Dads have a powerful role to play in helping their partners meet pregnancy and the circumstances of life.

Tip #1: Help her see that she has the option to have the baby and her dreams, too

The biggest difference between Lauren and myself is that she felt that her life was over – and she wasn’t ready for that – while I never thought this baby would end our lives. So I sat her down and asked why she felt that having a child would end her life. “What are you scared to lose? How would your life be over?”

For Lauren, it came down to four things:

She has an adventurer’s heart and loves to travel. She’s also a photographer and does modelling. And she was worried that her relationships with family and friends would change a lot. She worried that people would treat her differently, reduce her identity down to “mum”, and she wouldn’t have time to go out with friends.

For her, she felt that having a baby would mean the end of all of these and that she’d be giving up a part of herself.

When I helped us think about it more carefully, though, solutions – and even some broader horizons – started to emerge.

I offered that, if Lauren ever wanted to go travelling, I’d look after the baby at home. Or we could find ways to take the baby with us and make it an adventure we share as the three of us.

For the photography and modelling, I pointed out that there are loads of successful Instagram accounts that do mother and baby stuff. Really, having a child would be another string to Lauren’s bow and help her widen her influence, reach, and audience.

That ticked off three of the four. Then relationships. I suggested that most of what she was worried about could be dealt with by communicating properly with her friends. I have a new routine, I’m still me, I’m available here and here.

Lauren was pretty hormonal and emotional during this, and it was really valuable to sit down together and take a logical and optimistic view of things. We realised that each problem had a solution. Lauren was depending on me to be her rock during all this.

When I helped us think about it more carefully, though, solutions – and even some broader horizons – started to emerge.

We talked through everything and I suggested solutions. Lauren was very open to ideas and didn’t get defensive. I think this was really key.

I’m going to be honest: it was rocky at the beginning. She was scared and frightened. She thought her life was over and, although we both knew that she didn’t mean her physical life, it still was emotionally like she was considering her own death. It was talking that helped us to see that this wasn’t really the case.

This was the time when she needed me the most – my support and reassurance that she could take on the changes that were going to happen to us without losing herself. It felt good to give that to her. So keep the lines of communication open. Don’t let them close up. I could have backed off but I knew that being there and giving her the space to talk was what I needed to do, even if it was rocky at first.

This was the time when she needed me the most – my support and reassurance that she could take on the changes that were going to happen to us without losing herself.

All throughout, we were doing it as a team. I was offering to support and help her to deal with the changes so that she didn’t lose the things that were precious to her.

The turning point? She’d spoken to an abortion clinic but still wasn’t sure. I’d backed off a little and gave her room to process what I’d said. Eventually, she came back to me and said, “You know what, I think I can do it.” She didn’t know why she took so long to make that decision. She said, “I’m so happy!”

So we started helping prepare her for the baby. We moved into a new place, I bought cots and baby supplies, and I agreed not to smoke or drink while she’s pregnant. If she can’t, why should I? She’s big on things being fair and I wanted to do anything I could.

All throughout, we were doing it as a team.

So if I had any advice for dads out there:

Our baby was born two months ago. Things are going really well. She is fantastic and gorgeous.